What with the weather and a few inconvenient ‘mechanical issues’ I haven’t been able to make full use of the Car Show Season this year. In fact with the exception of the (unmissable) Bromley Pageant of Motoring I’ve only been to a few local shows. So when I first heard of the BMC/BL Rally in Peterborough I was determined to get there if at all possible.

I’m slightly ashamed to say that I hadn’t come across this event before, despite it being in its 19th year and essentially a field full of every car built by or tangentially related to British Leyland and its associates. Which sounds like heaven. All the more reason to attend!

I always like to take a suitable vehicle to these sorts of events. Whilst the 2CV would be cheap on the 300+ mile round trip it would be like being the only person to arrrive at a party in fancy dress. The Land Rover is vaguely suitable – it has some BL Flying Plughole logos cast into the gearbox and the ashtray out of an Allegro. But it has a leaky fuel tank and can’t hold more than a couple of gallons. Which at motorway speeds is just enough to get you exactly halfway between two filling stations on the M25.

Fortunately I was able do the classic Generation-Y move of scrounging off parents, in the form of a day-pass to use Dad’s Triumph Stag. With the proviso that it may be running incredibly rich and the differential made some funny noises. With six hours of tedious motorway driving ahead of me I dusted off a box of cassettes from the loft, picked out some Triumph-Stag-era-appropriate titles. 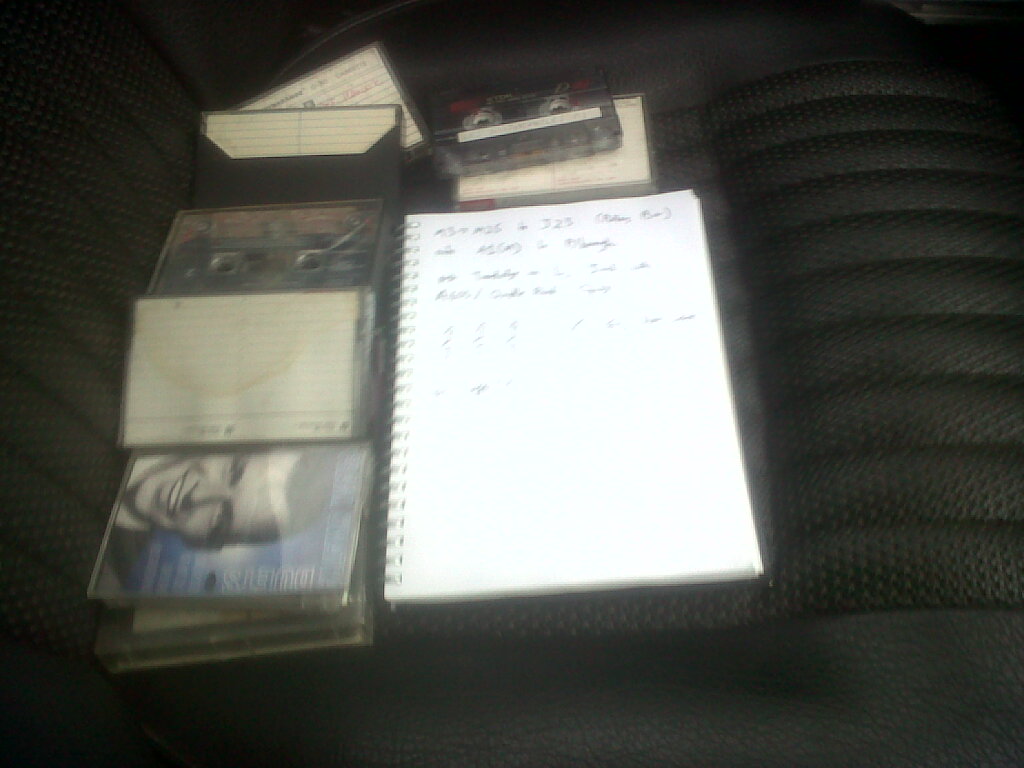 Pace notes and in-car entertainment. The seats are vinyl, the music format is not.

7:30am, Sunday. Damp but no rain. The Stag burbles into life and soon I swing onto the M3. Fumble for a cassette from the passenger seat at random…clunk..click..whirrrr…..and ELO’s ‘Strange Magic’ fills the cockpit. The Triumph, sitting in 4th gear with overdrive at a comfortable 2,500 RPM and 60 MPH began to munch up the miles. North of Basingstoke I hit a band of drizzle and the wipers flipped back and forth in rhythm to Otis Redding’s cover of ‘Stand By Me’. Onto a pleasantly quiet M25 and the weather brightened to extent that I could crack open the quarterlight and add some  wind noise backing to the very appropriate ‘Don’t Let the Sun Go Down on Me’. Elton then gave way to The Boomtown Rats which unexpectedly broke off into a off-radio recording of an episode of Dead Ringers. That particular cassette had obviously been over-recorded several times because after a few bars from Bay City Rollers it jumped to ‘The Power of Love’ (the Jennifer Rush one, alas). Unfortunately for music lovers the Stag’s admirable qualities as a motorway cruiser do not include a good sound system. A Pioneer head unit and two 5-inch speakers down the sides of the rear seat, right next to the loosest bits of the hood do not make for quality listening. At this stage I began wondering if the fuel gauge had jammed because despite taking me from the south coast to the top of the M25 the Stag had apparently only used the top quarter of the tank. 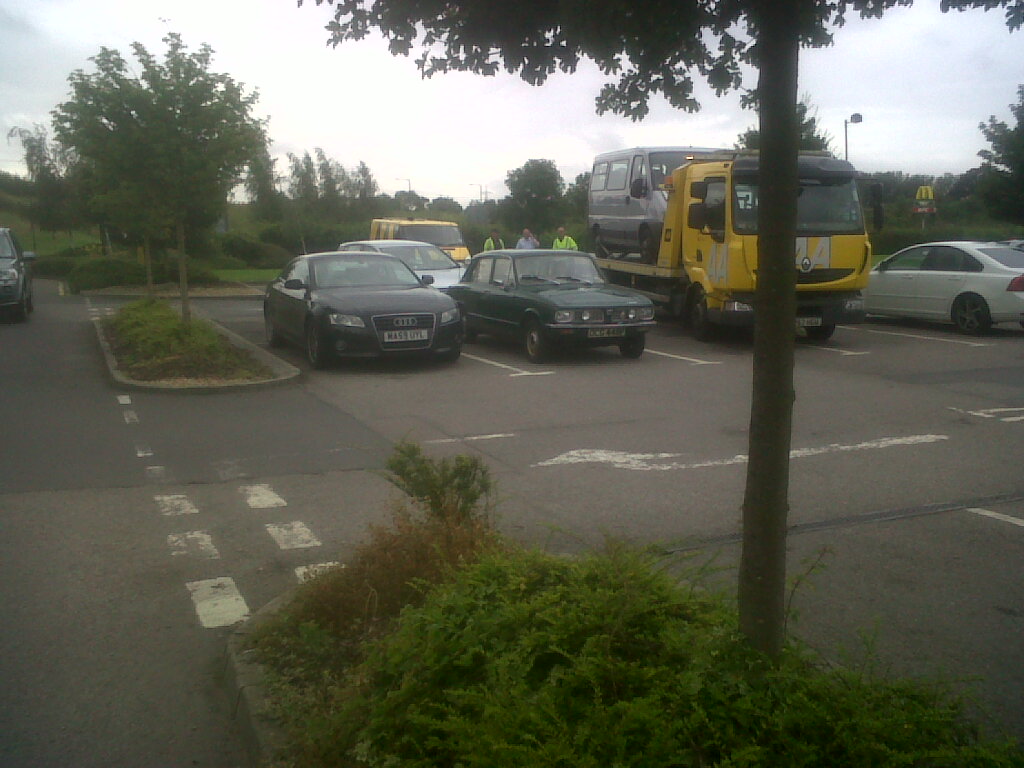 The proximity of a fleet of breakdown vehicles to two Triumph products is a complete coincidence.

After a brief ‘comfort break’ at the Radwell Services on the A1 (enlivened by spotting a Triumph Toledo in the car park), I decided to spice things up and try one of the wild card cassettes with no label. It turned out it was either a very degraded tape or The Shaggs. In either case it wasn’t worth listening to, so I let the rumble of the V8 and the whirr from the diff keep me entertained as the Stag bored through the rolling fields of Cambridgeshire.

The sun was still blazing away when I arrived in Peterborough and joined the queue leading into Nene Park, behind a rather fetching Vauxhall Nova Merit. I parked the Stag up, mentally thanking it for a fault-free run and marvelling that a 3-litre V8 sports tourer had made it up to the East Midlands on a third of a tank of petrol. On cue, and proving that if there is a God He doesn’t drive a BL product, as soon as I opened the door the clouds rolled in.

The view was certainly promising- without leaving the car I could see line-ups of Farina BMC products, ADO16s and a trio of Allegros as well as a couple of ADO17 ‘Landcrabs’ and an Austin 3-Litre.

I could write thousands of words giving a detailed car-by-car breakdown of the show, but I doubt that would make good reading so I’ll summarise. The BMC/BL Rally is very good and if you are at all interested in old cars, and especially those of less-than-stellar repuations, it is a must-go event. The consensus amongst the attendees (and judging from the commentary, the organisers) was that the terrible weather forecast had impacted numbers. Certainly there were a few blank spaces and the MG Midget club was represented by a sole, lonely rubber-bumpered example, but as a first-timer I didn’t mind. I was just happy to see two-dozen Allegros all in one place.

There were examples of pretty much every BMC-BL product on display, although my ambition to see an example of every ADO16 variant at a single show remains unfulfilled (today was lacking an MG and a Wolseley, but there was a surfit of Riley Kestrels, if such a thing can happen).  There were a few real rarities such as an Austin Victoria (a Spanish-built saloon version of the 1100/1300). There was a good amount of cars that were strictly outside the realms of BMC-BL but were related, such as pre-merger Austins, Morrises and Rovers, and two Ensigns representing Standard-Triumph. At the other end of the spectrum there was a strong presence from the BMW and MG-Rover eras with an impressive line-up of Rover 75s and MG ZTs. There were also some of the ‘competitor’ products mixed in the rows, including a very nice Hillman Imp Californian. Pinnacle of the Rootes Group presence for me was probably a trio of Talbots (Samba, Horizon and, of all things, a Solara Minx edition).

Here’s a sample of my pictures from the day: 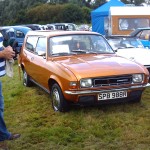 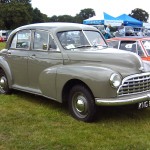 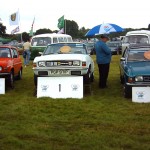 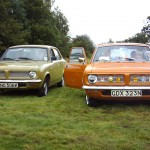 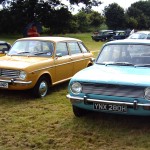 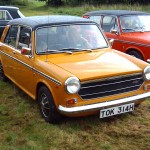 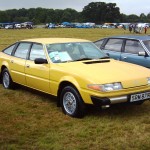 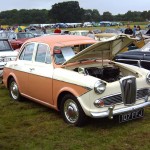 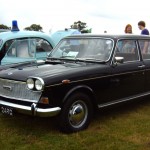 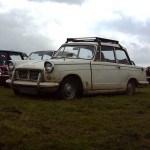 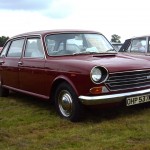 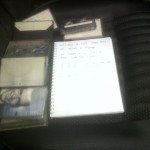 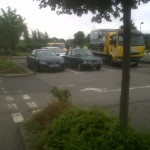 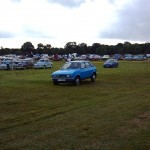 The full set (200+ pictures) is on Photobucket here.

Special mentions go to the Austin Allegro Club stand for the ‘AllegrOlympics’ stand with the podium of three Allegros and the Olympic Rings display made from Allegro steering wheels. It’s always good to see a car club with a sense of humour and I suppose that’s a prerequesite of owning an Allegro anyway. Equal praise to the Marina Owners Club who seemed to have gathered the entire existing UK stock of Marinas in one place, including the fantasticly zingy-green Jubilee special edition. Finally, the Gay Classic Car Group had the best car collection of any stand- an Allegro estate, a Princess, a Wolseley Six, a pristine Triumph 2000 estate, a Morris Minor Million, a Marina GT and a very early Maxi amongst others.

By 2pm the water was soaking up through my shoes and I had ogled the Austin Victoria and the Rover SD1s enough for one day. Predictably almost as soon as the Stag trundled out of Nene Park the skies cleared and I droned south in glorious sunshine (this time with Supertramp’s ‘Breakfast in America’ fuzzing through the speakers). I debated whether to risk dropping the hood, because Rule #2 of British Sports Cars is that dropping the hood immediately causes flood-provoking downpours which, if you’re a member of any MG club you then have to endure without putting the hood back up on pain of expulsion.

Finally I remembered the Hatfield Tunnel at the bottom of the A1(M) and decided that I owed it to myself to go through it without some flapping cloth between me and the exhaust noise so I pulled over and wrestled the hood into its stowage compartment with only moderate and subdued cursing.Tunnel procedure in the Stag is simple but effective – bleed off speed to about 50 mph, flick out of overdrive, floor the accelerator and revel in the bellow of eight cylinders through two large-bore tailpipes in an enclosed concrete tube until you reach the legal limit. Repeat if possible. Immature but enjoyable.

The Stag was still being bafflingly economical. As I eased it into the long sweeping sliproad onto the M3 (by now to the windswept, almost inaudible harmonies of Hall & Oates) the fuel gauge was still reading a touch under half after well over 200 miles of driving.

The rest of the trip passed without anything worthy of comment either from the car or the music. I had the Stag back in its garage by 6pm, still with just under a quarter of a tank of fuel after a round trip of 315 miles. Which works out to around 26 MPG.

Conclusions from the day? The BMC/BL Rally in Peterborough is well worth going to. The Triumph Stag makes a long-distance motorway cruiser par excellence. And two Pioneer speakers in a 1970s open-topped car can’t to justice to anything.

Photos from the day are here on Photobucket.