Why is it that no car enthusiast seems to be able to approach what must, surely, be the key part of our hobby in a responsible and logical way? Go to any newsagents and there are literally dozens of publications that promise to tell you ‘How To Buy The Best Car’. Being a car enthusiast, of course, you spend a frankly ridiculous amount of money buying all of them, even the obscure ones like “Vintage Daihatsu Monthly (incorporating Jowett Jottings, formerly known as Performance Invacar World)”, thoroughly digest the information, leave the magazines strewn all over the house and then ignore every bit of advice they contained.

Or is it just me?

I have only ever bought four cars in my life, which is a terrible record by some people’s standards. There are people who must be on the DVLA’s Christmas Card list what with all the amended V5C forms they fill out. The problem is that of those four cars I still own three of them.

None of them work. 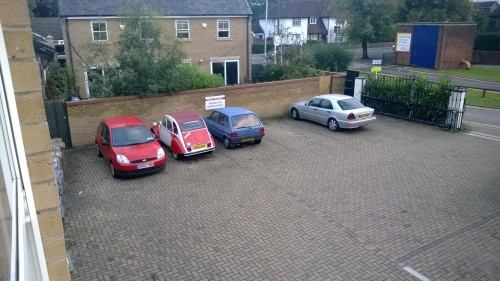 Four cars. Two work, two don’t. Guess which are which? Answers to the usual e-mail address…

Now, if there are any Toyota enthusiasts reading this (hah! as if…) I should explain that there can come a time when cars can’t be used for driving about in because, due to some severe moral failure on the part of the designer, the engineer, the person who assembled the car and the person who made the tea at the factory, something goes wrong which prevents the car from functioning as it should. This is known as ‘being broken’.

To be brief- the Land Rover does work in the sense that it can be driven, but is 150 miles away on my parent’s driveway and needs welding to pass the MoT. Which is due.

The Metro would work and would be legal to drive if it had a radiator. It doesn’t have a radiator because, apparently, there are no more Mk2 Metro radiators in existence. I think they’ve all been hoarded away by some rather depressed dragon-like creature who is sleeping on and admist a big pile of them in some distant mountain cave somewhere. 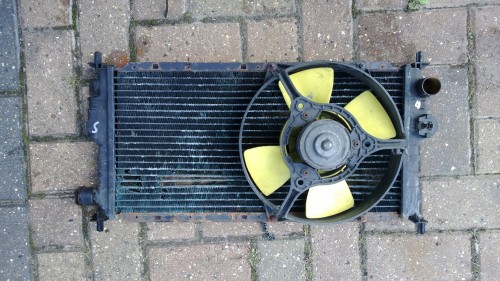 Now the Large Hadron Collider is between jobs, here’s a new use for it – try and find a Mk2 Metro radiator with the later sort of thermostat switch. Now there’s a challenge.

The 2CV didn’t work, but now it does. And I don’t know why. I thought it was an electrical fault, then it seemed to be a fuel supply problem, which has been fixed, and now it seems to be an electrical fault again. If it did work, it’s out of tax and MoT and it would need quite a bit of welding to get through that.

The root cause of this lack-o-working-cars is that I own too many of them (that and I’d seemingly rather spend my free time writing on the internet about how I have no time to fix them rather than fixing them). At least one of the three needs to go.

The one that’s most in line for the chop is the Citroen. Not through any fault of it’s own, but simply because it is worth a useful amount of money, it does nothing that the Metro doesn’t do for less fuel and better refinement (except the, admittedly, appealing trait of not needing a radiator) and if I sell it and regret it then there will be another red and white 2CV6 Dolly around somewhere. 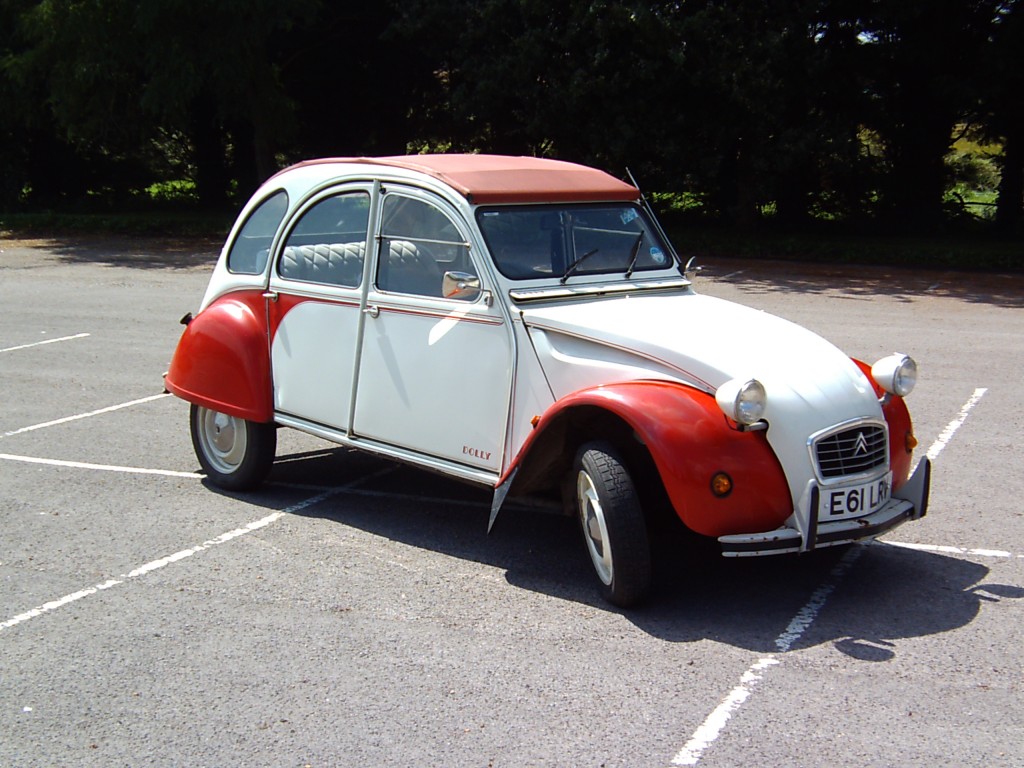 Well, goodbye, Dolly, it would be nice to see you back where you belong….

I’m not bored of the Metro yet, especially since I haven’t been able to drive it anywhere since the beginning of June. Although it’s seriously getting to the stage where, if a radiator can’t be found, it will have to be sold for parts (incredible, but true). That would be horribly unfair to the car, though.

The Land Rover is the most ‘valuable’ of my fleet of shitters but is essentially irreplaceable in the spec/condition that it is in, and I know I would immediately regret selling it.

So the Citroen is for the chop, once I can figure out why it sometimes works and sometimes doesn’t.

Selling the Citroen to reduce the number of cars I have to try and keep up with and using the money for something actually worthwhile has a horrible, inevitable logic and common sense to it which makes me uneasy.

The other thought in my mind is- if I sold the Metro (sans or avec radiator) I could ‘Combine All My Small Old Car Problems Into One Horrible Big One’.

For someone who pretends to know so much about cars, all the ones I’ve actually owned have been slow, utilitarian rustbuckets. Which is great, but I’m getting the urge to try something a bit different. With a 2CV+Metro-sized pile of cash, a whole world of possibilities open up.

A lot of the cars on my Wouldn’t Mind Owning One Day list are in that sort of ball-park of values. But which to go for? 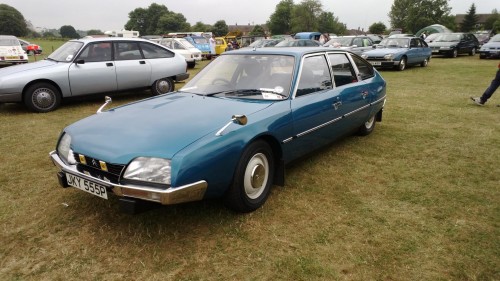 The theoretical budget is spot-on the values of a decent Citroen CX, which remains top of my current car-buying wishlist. The appeal of a huge French car that looks like something from Logan’s Run with styled vinyl seats, an interior made from blue plastic and not a single control or instrument that’s remotely recognisable as anything else from any other car may take some explaining, but I’ll give it a shot. It’s not the simple fact that it’s different- doing anything for purely contrarian reasons is stupid and only one step removed from doing something you actively dislike because it’s ‘ironic’. The CX is so wonderful not because it’s different, but in the way it’s different.

An Australian reviewer said that the Citroen 2CV ‘had an almost narcotic effect on the technically minded’, which is the best way I have ever seen the appeal of a classic Citroen sumised. The way normal car enthusiasts go all squiffy over a screaming race engine on throttle bodies or a lowered Ford Escort Mk1 burning its tyres as it drifts around a racetrack with flames popping from its exhaust is, I think, the way I feel about the Citroen CX and how it goes about doing, well, anything. It is perfection, not of performance, but of engineering. It is a car without compromise. It is The Car, Deconstructed, not unlike a motoring equivilant of one of those ‘Seventies French films that are black and white and consist of 10 minutes of autumnal Parisian streets, 12 minutes of a tap dripping then ‘Fin’. In fact, look at the advert for the CX- it’s like some sort of absinthe-induced hallucination that would win all sorts of pretentious film awards:

Ford never thought to put a Giant Robotic Grace Jones Head their Sierra adverts, did they?

Every part and every system has been considered and the question asked ‘Why do we do it this way?’ If the answer is ‘because it is cheap’ or ‘because we have always done it this way’ then it is done some other way. With the complete exception of the engine, which was from the ‘Thirties and was used because it was a) cheap and b) the one Citroen had always used. Way to ruin an argument…

At the complete opposite end of the scale, I am also getting a hankering for something Germanic. My big guilty secret is that one of my favourite cars was the base-spec Mk2 VW Polo that I used for about a month back in 2005. It was for all the usual VW-loving guffy reasons- it was dull, it did nothing particularly well, but it was honest. There was something very likeable about the way it just did what it did, no more, no less. It was a Volkswagen in the literal sense, before the brand really became associated with small-minded badge-snobs and soft-touch plastics. It was just a cheap, well-designed, rather tinny but perfectly adequate little car that ‘just worked’. 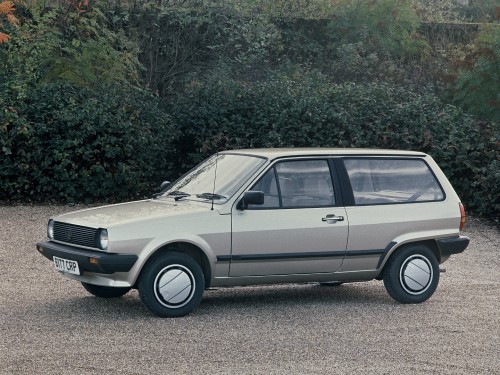 As I sit here with no working cars, there’s something strangely appealing about that. Due to the curious way that Volkswagen enthusiasts don’t actually like any VW that isn’t a Golf GTI or a Mk2 Jetta, old Polos are dirt cheap, especially the fantasically pointless Coupe ones. Which is what I think I’d go for. Maybe I’d find myself utterly bored after a month and I’d wish I’d bought some sort of pointlessly big Citroen, but it’s best to get these things out of your system. If that’s the case, I can just pour some paint stripper over it, put some Iron Crosses on the boot, chop the springs out and then sell it for even more than I paid for it. I jest, of course.

My itch to own something sporty-but-not-actually-fast is still there and this hasn’t been helped by cycling past an MGF (with off-set go-faster stripes) that looks very tidy and is available for a three-figure sum. I could debate with myself endlessly about whether or not I should buy a Mazda MX-5 or an MGF if I’m after a cheap sports car :The Mazda is the better car for driving, but I have a sneaking suspicion that if I bought an MX-5 (noisy, raw driving experience, a bit tail-happy, tough but unexciting engine) then I’d wish I’d bought the MG (refined, handles like a giant go-kart, technically sophisticated, brilliant engine) and so on. Of course the onset of winter is just the time to buy any rear-wheel drive convertible… 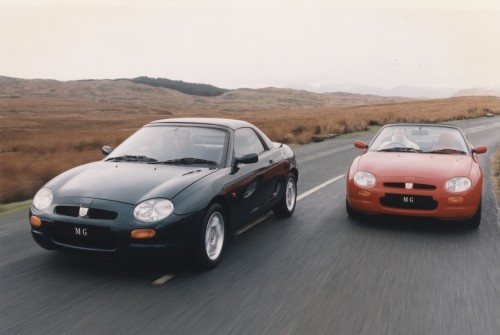 Anyway, those are my thoughts as they stand. As always comments, good, bad or indifferent, are welcome.