It’s been an interesting couple of weeks for those of us interested in ‘crap’ old cars, because they made a rare appearance in the public eye that didn’t involve being cretinously mocked on Top Gear. Last week no less a news organ than the BBC had an array of old cars featuring on the telly and for the first time that I can recall there were dozens of column inches dedicated to the Ford Sierra.

All this was in response to some figures published by Honest John Classics, the online classic car off-shoot of the Daily Telegraph’s tartan-hat-themed motoring advice forum.

The stats showed that once-common cars were now in danger of shuffling off the roads for ever, with survival rates that required several zeros the wrong side of the decimal point. The slant put on all this was the notable fact that cars from the ‘Eighties seem to be surviving at much lower rates than their counterparts from the ‘Sixties and ‘Seventies did, even when they too were just old bangers.

Leaving aside that the fact that this story basically boils down to ‘Cars No One Liked When They Were New Are Still Not Liked Thirty Years Later Shocker!’, there are two aspects to this that grabbed my attention. The whys and wherefores of why cars from  the ‘Eighties suffer such low survival rates is a subject for another time.

First was the fact that this reached the national press at all. I’m not so naïve as to fail to realise that this is down to skilful PR work on a slow news day rather than a sign that the nation suddenly cares about the fate of the Vauxhall Chevette, but it’s positive coverage of sorts- it’s a shame that the story is about how all these cars are so crap that they’re on the verge of extinction, but positive that this is being spun in a negative way, if that makes any sense at all. 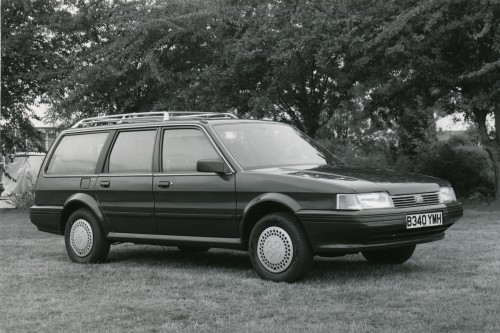 The Telegraph, naturally, ran with it as it’s their own story. The Daily Mail devoted many pictures and much digital space to the story, predictably with its own slant that these ‘slices of British history’ were being wiped out by those damn foreigners with their bloody stylish, reliable cars…coming over here, nicking our parking spaces…grrrr. The Mail’s coverage had a few quirks of its own, especially the caption to a picture of an Austin Ambassador that described it as ‘eye-catching’. That’s the most praise the Ambassador’s looks have ever had!

Most glaring was the trend that revealed itself when you looked at the top-10 list. Here it is from ‘worst’ (lowest survival rate) to ‘not quite so bad’ (marginally less terrible survival rate):

Aside from the fact that this is list could also serve perfectly well as the ‘Balloon_Fish List Of My Favourite Cars Ever’, the inescapable conclusion is that of those 10 cars eight are British Leyland products and three are Austins. Expand that analysis to the complete top-20 and you have six Austins and 13 BL products. All the cars are British or quasi-British (Fords and Vauxhalls).

This data was gathered ‘from the DVLA’s records’. In other words the people at HJC got a work experience student to tally numbers from howmanyleft.co.uk.

To search, perchance to dream…

Howmanyleft.co.uk is a great tool (as well being employed by tools when they write eBay adverts- “according to HowManyLeft there are only 157,000 of these cars left, making this one UNIQUE and RARE”) but it has its flaws. 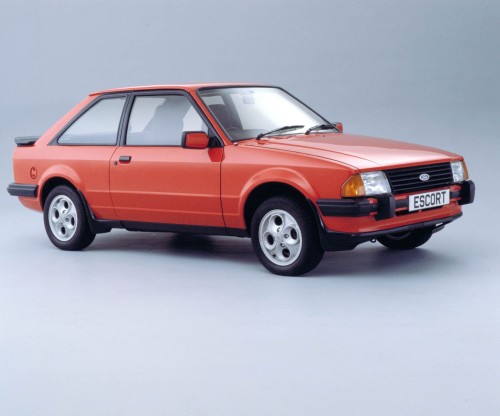 They’re all the same these days.

With that in mind, isn’t it frightfully convenient that all the cars in the HJC top-20 of ‘endangered’ cars are bearing defunct model names? If you want to find out the survival rate of Austin Metros, you just type ‘Austin Metro’ into HowManyLeft, note down the number, divide it by the total sales figure and *boom* you have a headline.

Try doing the same for a Volkswagen Golf 1.6 petrol. That covers anything made between 1976 and the present day. You could spend hours working out that a Golf 1600 CL is from the ‘Eighties and that a Golf 1600 SE is from the 21st century but that doesn’t account for all the GTIs and Drivers which have identical names. Even the stuff that’s neatly delineated like the Triumph Acclaim, which can only be a warmed-over Honda saloon from the early ‘Eighties, has data riddled with flaws depending on how diligent the apprentice in the original dealer was in filling out the logbooks. Getting any vaguely meaningful data from HowManyLeft for a model name still in production is essentially impossible. 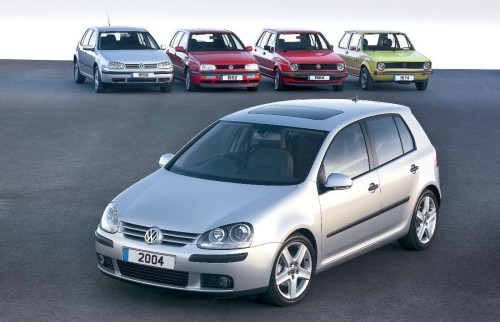 Notice how the colours seem to wash out of the image as you progress through time. Feel your life force slowly draining away into a puddle of perfect adequateness.

In fact there’s a hint that whoever compiled the figures may have slipped up in any case, because the Lotus Elan is touted as the best-surving car with a rate of 38%. Given that the figures run from 1950 to 1995, this neatly covers the production run of the Elan and the not-so-good FWD one from the late ‘Eighties. Having 4,000-odd cars built with the same name as your classic one, right before the end of your cutoff year will doubtless do wonders for the apparant survival rate. 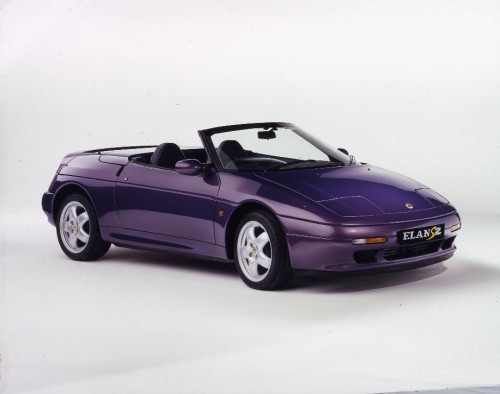 When you think ‘Lotus’, think ‘angular purple car with the engine from an Opel Kadett’.

Now, you’re probably thinking “Come off it, Jack, you’re not seriously saying that if you could get the figures out that the Golf would be just as endangered as a bunch of ropey old Austins?” The answer is, of course not. All I’m saying is that the list as it stands has a practical bias towards defunct old cars- i.e. British Leyland tat.

Leaving aside the oh-so-predictable Golf, what about something else obscure, unloved, built with indifferent quality and now rarely seen? Like a Mk1 Vauxhall Astra? I have, genuinely, seen many more Austin Maestros on the road in the past decade than I have first-gen Astras, but the Astra name is still in use and so impossible to pick out from the dataset being used. Are we really accepting that the early Astra has survived in appreciably more numbers than the Chevette (placed at number 15, and a car I have seen plenty more of about these days than its successor)? Are there really so many more Mk2 and Mk3 Ford Escorts around, or are their numbers being obscured by their later siblings?

I’d love to be able to provide some figures to back up this hunch but, of course, I can’t. That’s the problem.