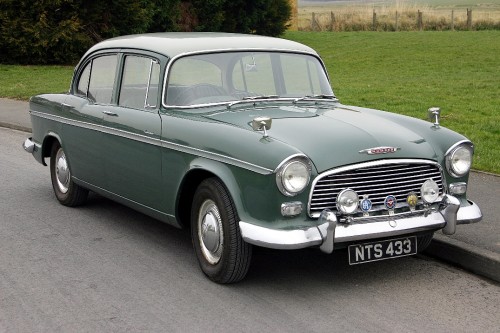 If you like old American Iron but can’t face the prospect of actually driving a Chevrolet Bel Air through your average English market town, or of fuelling even a 4-litre ‘economy’ straight six model, then the default alternative has been a Vauxhall Cresta. I present for your consideration a Third Way- the last incarnation of the Humber Hawk. Despite having a name that sounds like some sort of predatory wading bird found in northern Lincolnshire, it is actually a huge saloon from the Rootes Group with styling that, while clearly influenced by America, doesn’t have any of those vulgar fins or chrome teeth. I particularly like the estate version- my fascination with these started after coming across one returning to nature round the back of a local garage. It had a fuel filler cap disguised as rear reflector and a proper split tailgate like a true Yank Station Wagon, yet all held together with proper British values (“why use tiresome sheet metal when we could use this lovely forging?”) 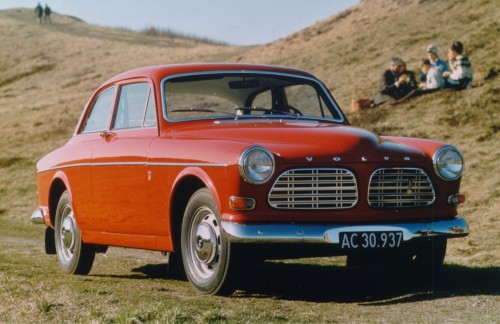 Although I am fatally attracted to cars that are either crap or quirky (or ideally a combination of the two) I also have a lot of time for the ‘normal car, done well’ approach. Not so much in the sense of it being a superlative driving experience or a stunning design, but one where every component and every part of every component and every bolt holding each part of each component together, has been designed with longevity in mind rather than ease of production or with an eye on the balance sheets. If a car is simply a tool to move people around, then you want one that will do that for as long as possible. Few cars, old or new, exemplify that approach better than the Volvo Amazon which, if it was built in any other country by any other company, would have been like any of the other cut-price family wagons of the ‘Fifties. However because it’s an old Volvo it can live outside and be dug out of snowdrifts, started up and driven across a Scandinavian wilderness without missing a beat and can keep doing that for decades. There’s something very appealing in that. 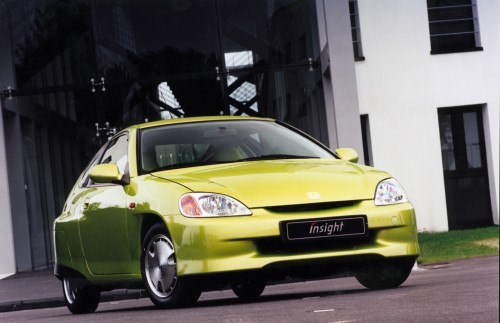 What other people call ‘quirky’ I like to call ‘focussed’ (when I want to sound like an utter ponce, that is). Cars that try to cover as many of the bases as possible tend to be very worthy but a bit dull. The most interesting cars tend to come from a very single-minded purpose in life, and few cars are as single-minded as the first-gen Insight. Yes, it looks like a fish and yes, it’s usually found in metallic lime green and, yes, it has inevitably picked up a reputation as a hippy car. However it’s packed with intriguing engineering features and it stands out as a superb piece of functional design that can also, apparently, top 100mpg when driven in the correct manner. In other words it’s a modern version of the Citroën 2CV and that makes it OK in my book. The later generations of the Insight ruined things by trying to be ‘normal’ (and colours other than lime green) but the original is still a deeply intriguing car. 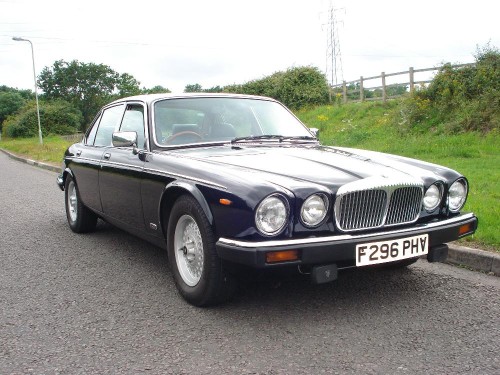 It’s strange how a different badge on two otherwise identical cars can have such an effect on their image. The Series III Jaguar XJ is barely out of banger territory and still carried around a certain aura of ‘hard-up pub landlord’ about it. Whack on a fluted grille and suddenly that all changes because the result is a Daimler Double-Six- the car of royalty. If you’re going to do the whole ‘old Jag’ thing, do it properly by getting a Jag that isn’t a Jag. For a start there’s the name- it’s a name that requires mental arithmetic to understand (that’s the proletariat’s problem, not yours). It also has 5.3-litre V12 engine, and I can’t think of a better way of burning through my bank account on a single trip than fuelling a big Daimler. 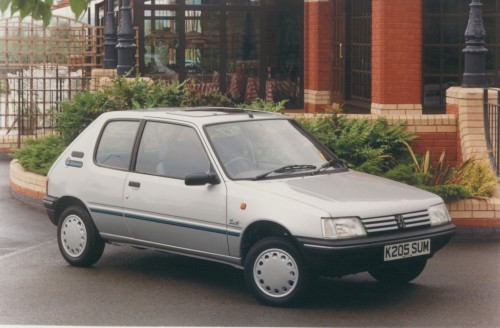 Not the GTi, not even the Rallye (although I wouldn’t say no…). You will notice that the picture shows a world-acclaimed ‘Zest’ special edition 205. It’s not that the Zest has anything particular to recommend it, but the point is that it is the ‘common or garden’ 205 that intrigues me as an ownership experience. The GTi is very obviously a good car but it was the icing on an already very well-received cake. The 205 is one of the unsung heroes of the motoring world that sold across the world in huge numbers almost unchanged for over a decade. In the UK it is one of those cars that seems to have suddenly gone from ‘ubiquitous’ to ‘haven’t seen one of those in ages!’ but there are still some GDX models with patched sills and faded paintwork, powered by their immortal XUD engines chugging around. In more tin-work-friendly climates there are seemingly thousands of 205s (that would be old enough to buy booze if they were people) still in daily use. The 205 is one of the last of the true ‘world people’s cars’ and I really feel I should experience one before they’re all gone.