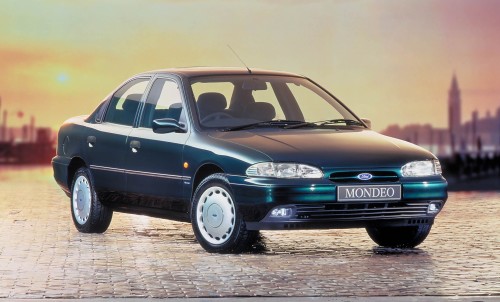 The Ford Mondeo is 20 years old this week.

Now, at this point I’m sure the natural reaction is to rush outside this very moment to order some balloons, party streamers and a crate of Genk’s finest lager: 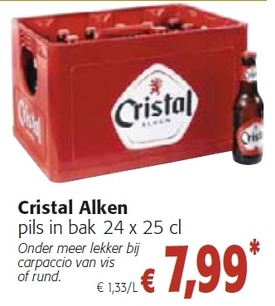 In the strange event that some of you don’t find the Mondeo entering its third decade that exciting, allow me to enlighten you.

For starters (and this won’t apply to everyone, I’m sure) there’s the big ‘WHAT!?!’ factor. I’m finally turning into my Dad because for the first time I can legitimately say *ahem* “I remember when they came out and they were all the rage, but now you hardly see any of them” about the Mondeo. 1994 was pretty much the time it was explained to me that the first letter of a car’s number plate denoted how old it was, and I can distinctly remember my 7-year old self sitting in the back of the family Montego estate (2.0 Gti, none the less…) and looking out for M-reg cars. Most of which seem to either have been Mondeos or Mk3 Cavaliers. 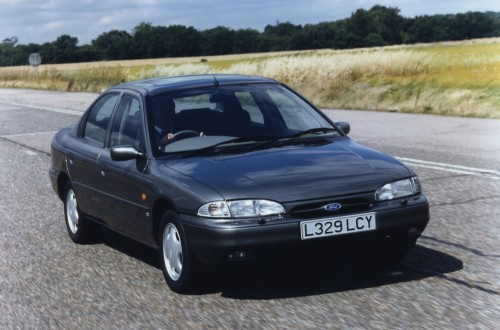 Now the Mk1 Mondeo, especially in pre-facelift ‘small grille’ guise seems to be pretty much extinct. It’s also gone through an entire generation  (or two’s) consciousness from launch to rarity, and its 20 years old. By any logical process this would make it a classic car, but it isn’t, for reasons that I have waffled about before. Was the Mk1 Cortina a classic car when it was 20 years old, in 1982? Probably. Was an Austin Cambridge a classic car when it was 20 years old, back when Isaac Newton had one…I mean, 1979? Yes. Nonsensical, but that’s old ground.

For this blog’s purposes the Mondeo is worth talking about because it proves that even the dullest cars can be interesting. The Mondeo is not an exciting car- unlike its predecessors it didn’t even have a particularly rorty performance version (even the ST200 was a bit weedy compared to the Cossies of the ‘Eighties) and its Touring Cars success seems to have skipped the public’s imagination somewhat, being the preserve of the sort of people can’t talk about cars without applying ‘dabs of oppo’ with an imaginary steering wheel. 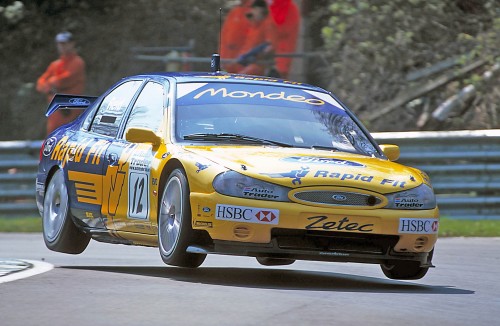 Ford’s billions of development money were well spent- the BTCC cars had Star Wars landspeeder technology, it would seem.

In fact the ‘Mundano’ is probably best lodged in the public consciousness for lending its name to ‘Mondeo Man’, the hypothetical well-off-but-aspirational-housing-estate-dwelling-middle-manager-from-Slough that New Labour courted to such dazzling political effect in the ‘Nineties.

I’ve said before that cars are interesting as social artefacts of their time as much as engineering ones and the Mondeo is a good case in point. It was really the last of the ‘great company cars’ (certainly the last such car from Ford)- those carefully pitched, devastatingly efficient motorway cruisers given out to Middle England by the thousand. The Mondeo ruled the roost when it was launched but by the present day it is being out-sold by the BMW 3-Series, which tells you a lot about society. ‘Mondeo Man’ has fulfilled his ambition- he may have had a decent enough job to be given a Mondeo but now he’s got a Beemer. Maybe he bought it, maybe he got promoted into it, maybe he loaned it from a bank on a mountain of inadvisably cheap credit? Whatever- it’s a telling story.

The Mondeo is a crucial car in the history of Ford, too. Having swept all before it with the crisp Cortina and the go-getting Granada Ford rather lost its way in the ‘Eighties as it let its accountants run the show a little too much. The Sierra may have been dramatically styled but was positively ancient underneath. The Mk2 Fiesta was cheap but not particularly cheerful. The Escort became steadily grimmer, squeezed out of its once-dominant position by a Vauxhall’s comparatively-priced but much more sophisticated Astra and Cavalier, and Volkswagen’s chillingly efficient Golf. 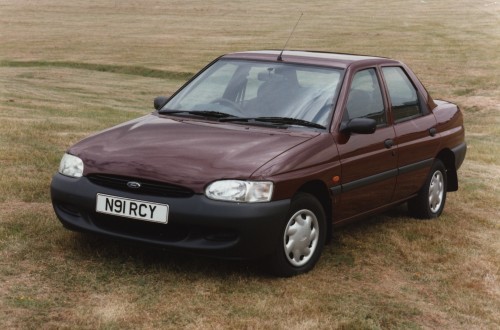 It was the same story throughout the world- in almost every market Ford was losing the financial and engineering battle. In 1989 Dearborn went on the war path with one of the most ambitious projects in the history of the motor industry. It would build a new mid-sized (except in America where it was a compact) saloon that would replace around a dozen global models. It would be built in Ford plants around the world and would be so good that it would leapfrog anything the competition had in the pipelines. The car would be called the Mondeo- the name derived from ‘Mondus’, the Latin for ‘the world’.

The entire project cost Ford $6 billion, including rebuilding most of its global production capacity. The resulting car was one of the most flexible platforms ever made, available in 4-door saloon, 5-door hatch and 5-door estate versions with the ability to accept front- and rear-wheel drive layouts with engines ranging from a straight-4 to a V8. It was badged as a Ford, a Mercury and a Lincoln. A genuinely ‘all new’ mass-production car is an exceptionally rare thing in the motor industry (in fact, the Hillman Avenger is the only other one I can think of off the top of my head, but I’m sure there are others). 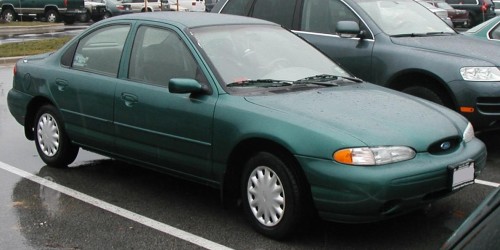 In America it was the Ford Contour- presumably shorthand for ‘Contoured to be much, much uglier’.

It also achieved everything Ford wanted. Just as the Cortina made everything deem dull and fusty back in the ‘Sixties the Mondeo was better than its rivals in almost every conceivable way- styling, interior, design, driving, economy, handling, practicality, running costs and the only cars to be significantly better were much more expensive. The Mondeo was the turning point for Ford in Europe, shaking it out of its doldrums from the previous decade and beginning a process that would really begin to bear fruit with the Focus of 1997 which finally killed off the not-at-all-lamented Escort.

So Happy 20th Birthday to any 1993 Mondeos that are still out there. If the price trajectory of your ancestors is anything to go by, by the time 30 years rolls around a 1.6 Mondeo LX will be worth £15,000. 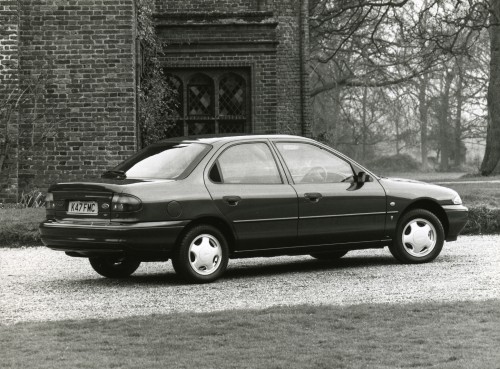