It seems that my first proper post on my blog about old cars is going to be about the future of a brand new one.

None the less I follow the trials and tribulations of MG in its current form mainly because it is the latest thrilling chapter in the Eternal Soap Opera that is the British Leyland story. Plus MG is a brand that deserves to be around, with a history and heritage that should be put to good use. 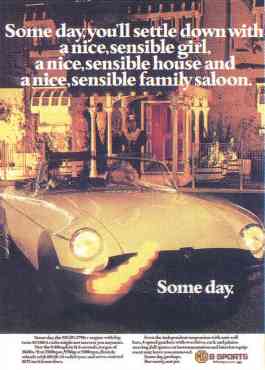 …then you can start saving up to buy another MGB as a retirement present. Won’t that be nice?

It’s likely that some of you reading this will now be thinking “MG? Didn’t they go bust back in 2005?” You’re incorrect but that’s part of the problem (and one I will return to later). In fact the MG brand is still very much alive and now under the ownership of the Shanghai Automotive Industry Corporation (SAIC). Just a quick digression for comic effect – the entire enterprise is now “MG Motor UK Limited, part of Shanghai Automotive Industry Corporation Motor”. Redundancy FTW.

Anyway, MG is based at what remains of the Longbridge plant in Birmingham (maintained and mothballed at great expense since MG-Rover went belly-up) which also houses SAIC’s European R&D centre where the bulk of the design and engineering of the cars takes place. However most assembly and sales of MG products takes place in China where the range is a combination of reheated Rover models and new stuff.

At the moment the only MG we get here in the UK is the MG6, a car very loosely based on the structure of the Rover 75. As well as being built and assembled in China cars bound for the UK and Europe are shipped in kit-form to Longbridge and ‘assembled’. MG are rather coy about exactly what work they do but it seems to be very much a case of sticking the major units together and glueing on the badge. 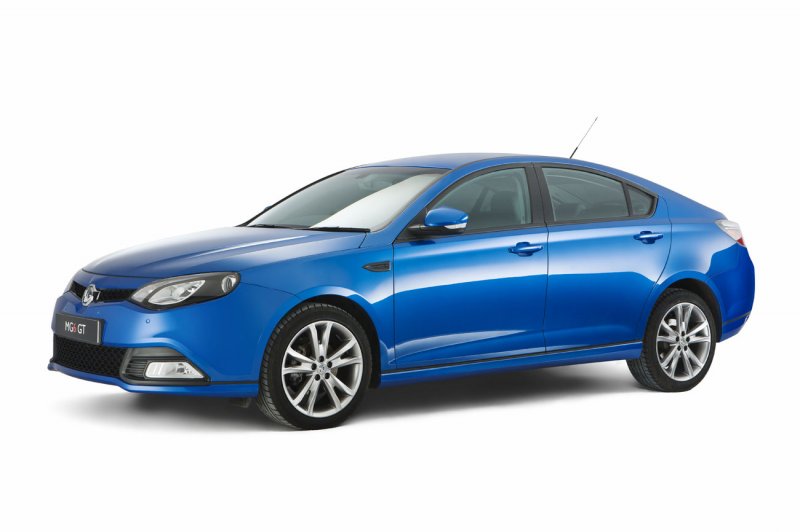 The 6 has been on sale since May 2011 and is now available in both 4-door fastback (‘GT’) and saloon guises, the latter brilliantly being called the ‘Magnette’ (I love that fact that I live in a world where it is possible to buy a new MG Magnette…). Power comes from heavily reworked version of the (in)famous 1.8-litre turbo K-Series Rover engine. Prices start at around £15k.

The car has had lukewarm/mediocre reception from the press, generally getting ‘not bad for a first try, could do better’ verdict. It certainly hasn’t been panned and it stands far above any other Chinese car in almost every respect. The ride/handling has been praised and it seems that the build quality and fit and finish is up to scratch given the price. The drivetrain is, as one would expect, way off the pace in almost every respect but not unworkable. I had a good poke around one that this year’s Pride of Longbridge event and certainly nothing screamed “shoddy Chinese car assembled in Birmingham! AVOID!!” 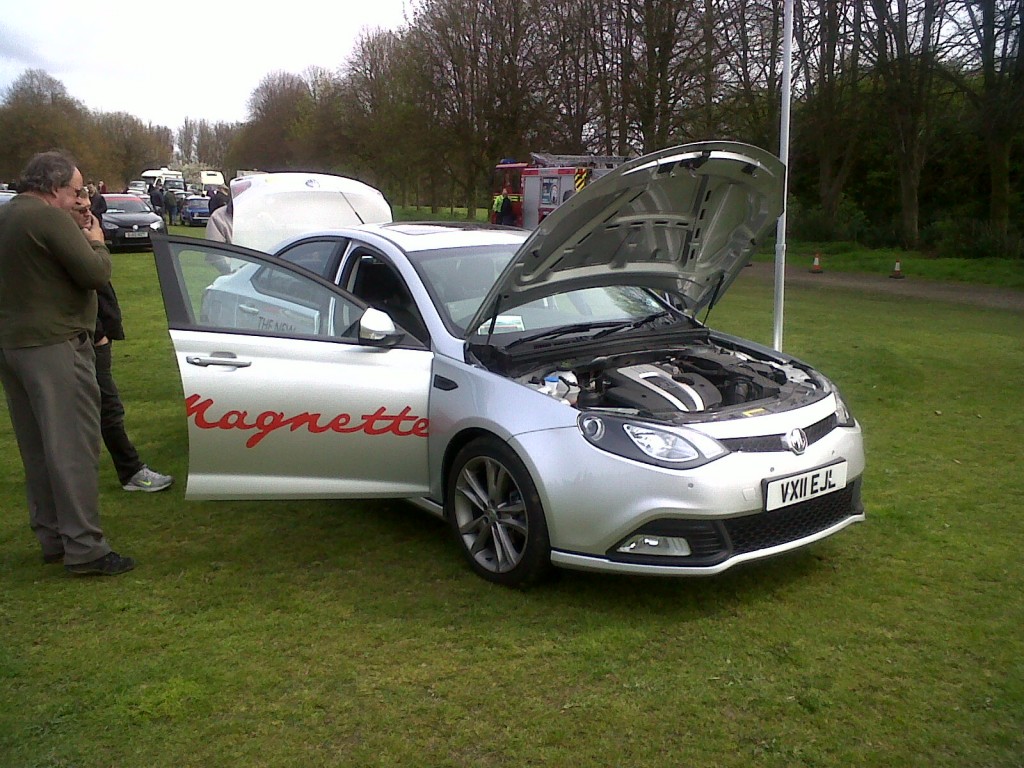 None the less sales of the MG6 have been far below even the company’s modest plans, usually just managing to get comfortably into double figures each month (the latest round of figures is 19 sales in June 2012). The main reason for this is a complete lack of any marketing. There was a brand launch TV advert which spent 90% of the time showing cars from 40 years ago (and criminally failed to mention the MG Maestro Turbo). There was a flurry of magazine adverts showing a black car on a black background and then…nothing.

Nothing that is, apart from an inadvertently hilarious section of the corporate Facebook page where they had pictures of proud new owners picking up their cars which immediately torpedoed any chance they had of building a, shall we say, youthful and dynamic image. Later came a series of posts called ‘Did You Know?’ where they pointed out the MG6’s wonderful features. They quickly began running out of steam and vaunted things such as the windscreen demister and ‘award-winning’ central locking.

All this lead to almost zero-awareness amongst the general public that the company existed, let alone the car. It’s no wonder sales were so low. However those of us, like myself, quietly rooting for MG always had a vague hope that they were playing the long, slow game because of the car’s obvious flaws. From the time of launch MG had said that a diesel version, a better (6-speed) gearbox and other improvements to the 6, as well as more tempting fare like the MG3 supermini (already available in China and several other markets) would be coming our way and maybe, just maybe, they weren’t going to waste effort trying to sell a frankly unsaleable product. 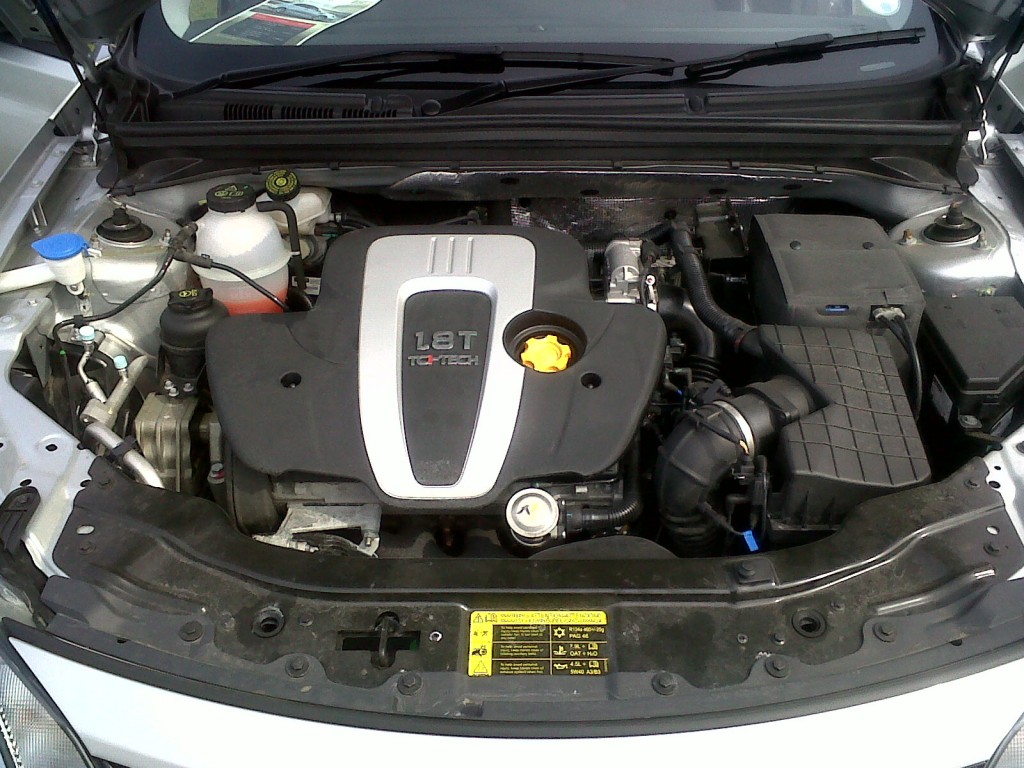 Haven’t we met somewhere before?

Well the time for reckoning is nearly here, with the diesel MG6 (using an all-new SAIC-built engine that Longbridge had a hand in developing) is very close to launch and the MG3 and MG5 should be available this year as well.

However I think the Ghost of Leyland Past is looming large over Longbridge and its spirit is evident in MG. They’ve launched a car that was old-hat before it left the drawing board, with no clear market segment to attack and a specification that no-one wants. Although not without merit the car is let down by marketing (or a complete lack of it) and only now, a year after launch, is the company actually starting to produce a product that people way actually want to buy. It’s the Austin Maxi all over again.

The worst part is that however good the improved MG6 is it won’t be good enough. Because at the same time their product hits the showroom, so will this: 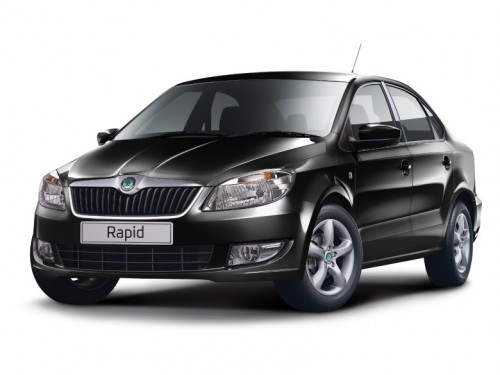 It’s the Skoda Rapid. It’s a small saloon with a decent diesel engine, impeccable built quality, no real brand value other than a reputation for ‘soundness’, a massive dealer backup and a good marketing pitch. Prices will start at at least £2,000 less than the MG.

Start worrying, Longbridge. And try to remember that multiple touring car wins only help your brand if you TELL SOMEONE ABOUT THEM.