As is probably clear by now, my main area of interest when it comes to old cars is the products of British Leyland and its relations. BL has been a part of my life almost literally from birth- my first car journey, aged 3 days, was in an Austin Maestro 1.3. Apparently one of my first words was ‘Rover’. It couldn’t really be any other way. My family was always been a ‘Leyland family’ over the decades and even by the time I came along our family cars were still second-hand examples of BL’s finest. My Dad’s Dad took it even further- he was a ‘Morris Man’ through and through, refusing to buy anything without a Morris badge right up to the end, to the point of buying an alarmingly basic Morris 1100 over a much more suitable Austin 1300 because it was the only ‘Cowley’ product available.

The story of BL is, of course, the story of a good chunk of the British motor industry. Certainly BL had all the best names, from the big mass-producers like Austin to the premium marques like Rover and Jaguar. But British Leyland wasn’t the only big British car organisation in the post-war period. There was another conglomerate of brands that ran the full gamut of the motor industry from cheap-and-cheerful, through sporty, on to luxurious and even including a range of commercial vehicles. It included some of the oldest and best-regarded brands in the UK’s motoring history. It was also troubled and ended up selling out to a foreign company, it’s final remnant being shut down in the early 21st century.

I refer, of course, to the Rootes Group.

As the logo shows, Rootes incorporated six brands- four car makers and two commercial vehicle builders. These weren’t two-bit operations either. Hillman was a worthy mass market competitor to the likes of Ford or Austin-Morris. Humber had an envied reputation for big, solid, conservative luxury saloons. Sunbeam was one of the best established sporting brands in the country with a slew of pre-war Land Speed Records to its name and a heritage of successful motorbikes and aero engines.

The thing is, even if you know nothing about cars you will probably be at least vaguely aware of British Leyland. Even if this knowledge goes no further than the BL episode of Top Gear or that hilarious* time they set fire to a Morris Marina. In fact that’s part of the issue. Top Gear can do a BL episode safe in the knowledge that the viewing public ‘knows’ enough for them to set up the inevitable punchlines. If they did a Rootes episode and a Humber Sceptre appeared on screen (how much I would love to see James May review a Sceptre on that show…sigh) then the audience wouldn’t know if they should laugh or not. Everyone seems to know what an Austin Allegro is and that, apparently, it’s rubbish. British Leyland itself is still alive and well in the public consciousness and it’s still regularly trotted out by TV pundits as an example of how not to do private enterprise/nationalised industry (delete as appropriate). But the Hillman Imp, Sunbeam Rapier, Humber Hawk, the Singer Vogue and the organisation that made them exist in glorious anonymity. 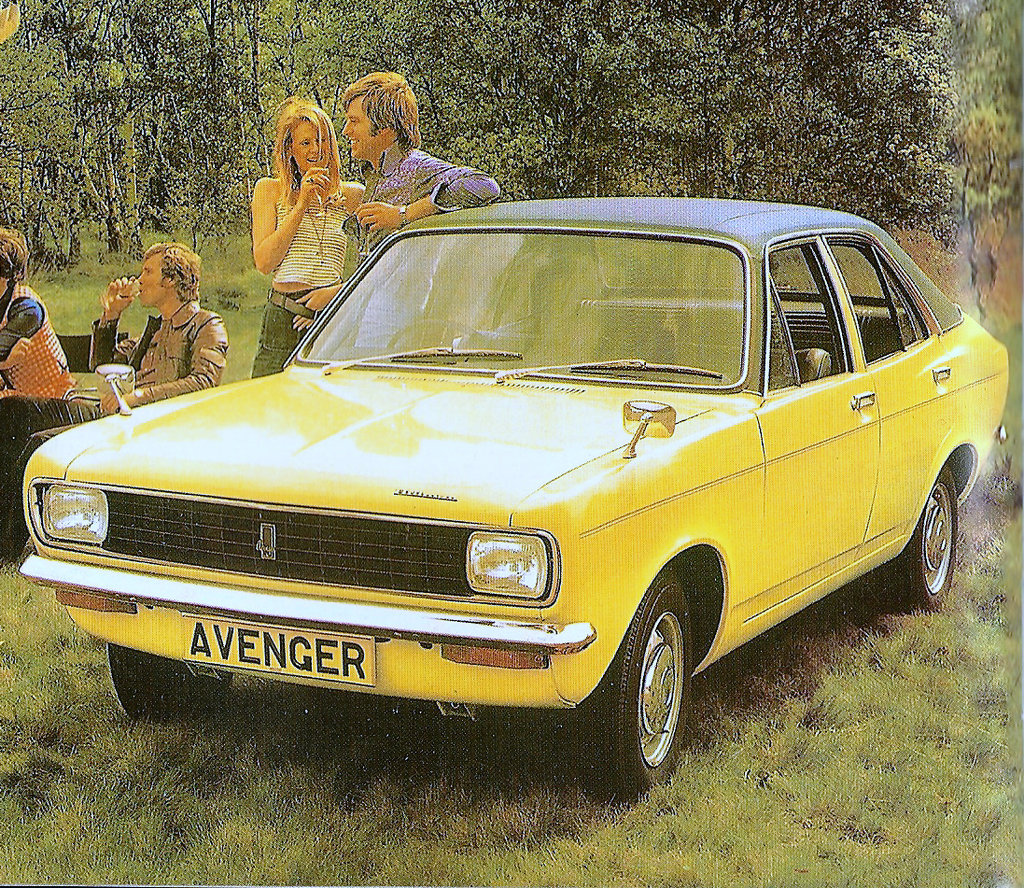 I suppose that might be part of the reason. BL was a government-owned organisation for most of its existence and so became an irresistable metaphor for the State of the Nation to the press. Even I can remember newspaper cartoons about the Rover Group and there was one last year featuring the MG6 as an allegory for…something. It was British Leyland, after all. There’s also the simple matter of numbers. BL sold more cars because it contained all the big-selling brands. Rootes sold plenty of cars but by sheer force of numbers the Leyland products seem to have stuck in the public’s mind more.

The products themselves may play a part. Rootes made generally forgettable products, and I mean that in a good way. They were rather boring, conventional, unadventurous cars. It’s telling that the Hillman Imp is probably the most ‘iconic’ Rootes product and it was simultaneously their most adventurous and one of their most flawed designs. Rootes never made anything as genuinely game-changing as a Mini or as best-selling as the ADO16. Equally they never made anything as ugly as a Landcrab or as infamously flawed as a Marina.

It’s strange how this difference in exposure manifests itself. When MG-Rover went belly-up in 2005 it made headlines for several days, newspapers ran feature-length articles and retrospectives offering opinion on where it all went wrong and there were documentaries on TV. When Peugeot closed the Ryton plant in 2006 (which was the last remaining outpost of the Rootes Group) it was a third-tier news item like any other major factory closure. There was a rather good documentary on Radio 4 but even that focussed on the human element of those losing their jobs rather than the corporate story.

All this is, in my opinion, quite a shame. Rootes may not have done anything as noteworthy (good or bad) as Leyland but it generally seems to have had its act together and could have taught its rival a thing or too about brand management and effective platform sharing. There are some interesting stories in there as well, like the  unofficial strike by 1,000 workers in the Rootes bodyshop in 1961 which saw Lord Rootes himself intervening and delivering a “return or be fired” ultimatum. They made a film about the seamstress strike at Dagenham but you never hear about the divisive battle of principles that went on at Acton (at least I’d never heard of it before doing some research for this blog!). There’s the story of Group itself, started by one man after the First World War as a dealership and within a decade it had swallowed most of the second-tier motor industry. There are the foreign owners (first Chrylser, then Peugeot) and how close Rootes and Chrysler Europe came to hitting the big-time. And of course, there’s the big face-palm moment of Lord Rootes turning down buying a factory in central Germany that made some funny little economy car because he thought it wouldn’t sell. 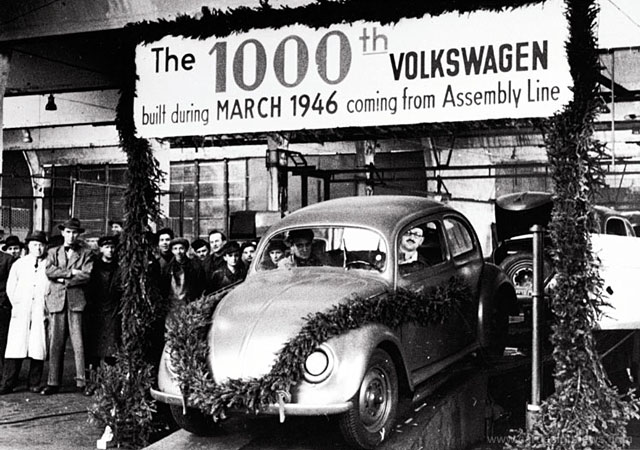 Nah, no one will buy one those things. And you’d have to be mad to base a sports car on one…

What about the cars?

There’s the Imp with its clever all-alloy engine that had a 300-mile railway journey halfway through the manufacturing process. Or Commer and their bonkers TS3 2-stroke diesel engine which deafened a whole generation of lorry drivers. There were cars like the Sunbeam Rapier V, which looked like a minature Plymouth Barracuda, or the vast Humber Hawk, an indestructible luxo-barge with the largest steel bodyshell then in production. What about the Chrysler Sunbeam, especially its fire-breathing Lotus version? These cars deserve more attention than they get.