Over the past 24 hours the bits of the Internet concerning old cars have been erupting in a mild panic. The cause stems from a post on the website of the ACE (Association of Car Enthusiasts). With the not-at-all-over-the-top title of ‘Armageddon’ the post outlines the new legislation that’s on the brink of being passed by the European Union which would affect both the legal definition of a ‘Historic’ car and how and to what extent any car can be modified from its original specification and Type Approval.

A .pdf of the complete Proposal can be obtained here. If you slog through 23 pages of densely-written and badly-draughted legislative prose you’ll find that the basic intent comes down to two points:

1) Vehicles over 30 years old can be classed as ‘Historic’ and thus be exempt from an MOT. However to maintain their Historic status they cannot deviate from the “technical characteristics” that it left the factory with.

2) Modifications that break a car’s original specification will need to be inspected to ensure their safety. They will have to “comply with its safety and environmental characteristics in force at the time of approval, first registration or entry into service, as well as at the time of retrofitting”.

This comes hard on the heels of recent change to the MOT system where cars built before January 1960 no longer legally required to be tested. I happen to think that’s a crazy idea and haven’t met or read of anyone in the Old Car Scene who wants it or thinks it’s a good idea. At the time it was introduced the government made it clear that the change was to ‘harmonise’ UK regulations with those already in place in the EU. More than one person noted that there were many more differences between UK rules and those allowed for under EU regulation that several countried had been more enthusiastic about implementing. The concern was that the new MOT system was just the thin ende of the wedge. 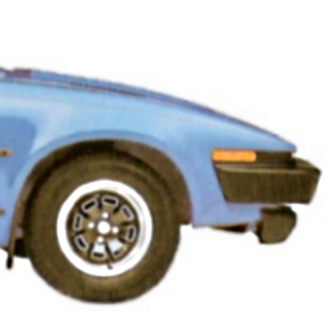 A rare picture of the actual Thin End of the Wedge

Elsewhere in Europe the ‘penalty’ for having a Historic Vehicle exempt from regular government inspection can be quite swingeing. In the name of Safety such cars may not be allowed on motorways, may be limited to a certain maximum speed, may be limited in the mileage they can cover and may be restricted in where they can go. One can easily see this legislative creep happening  in the UK, and especially the howls from the press the first time a Morris Minor with oil on its brake shoes (because it didn’t need an MOT…) ploughs into a crowded bus-stop to “do something” about “dangerous old cars”. 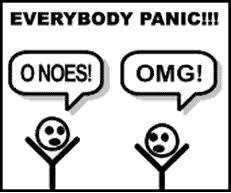 BUT, all this only applies to cars that are somehow classified as ‘Historic’. Say we had the same multi-layered Historic Vehicle rules that the rest of Europe has here in the UK (and which we seem to be on the cusp of getting). Your Moggy Thousand can classify as a Historic Vehicle and then you pay no Road Tax, you don’t need an MOT and you can get a cheap Classic Insurance Policy. In return you are limited in your annual mileage, you can’t take it in the motorway and you can’t change its spec from what it rolled out of Cowley with, because it’s a vehicle of Historic Interest. However there’s nothing stopping you from registering your Minor as a normal car, getting it MOTd, insuring it with a normal policy and driving it every day however you please. You just have to pay a little more for the privilege.

The storm that ACE has kicked up is with regards to modifications. Here they seem to have a point as the draft regulations imply that everything is ruled out and that cars have to be factory spec. Again, this is a rule already in force in several places on The Continent, with ‘Historic’ cars having to be inspected by a ‘ruling organisation’ (i.e. a busy-body from the local car club) to prove your car is not modified from standard. The rules for this are often absolute, even applying to modifications that were optional on the car when new. I can think of several clubs here in the UK that would love having the legal backing to remove vehicles from the road because they had plastic washer bottles instead of glass ones. 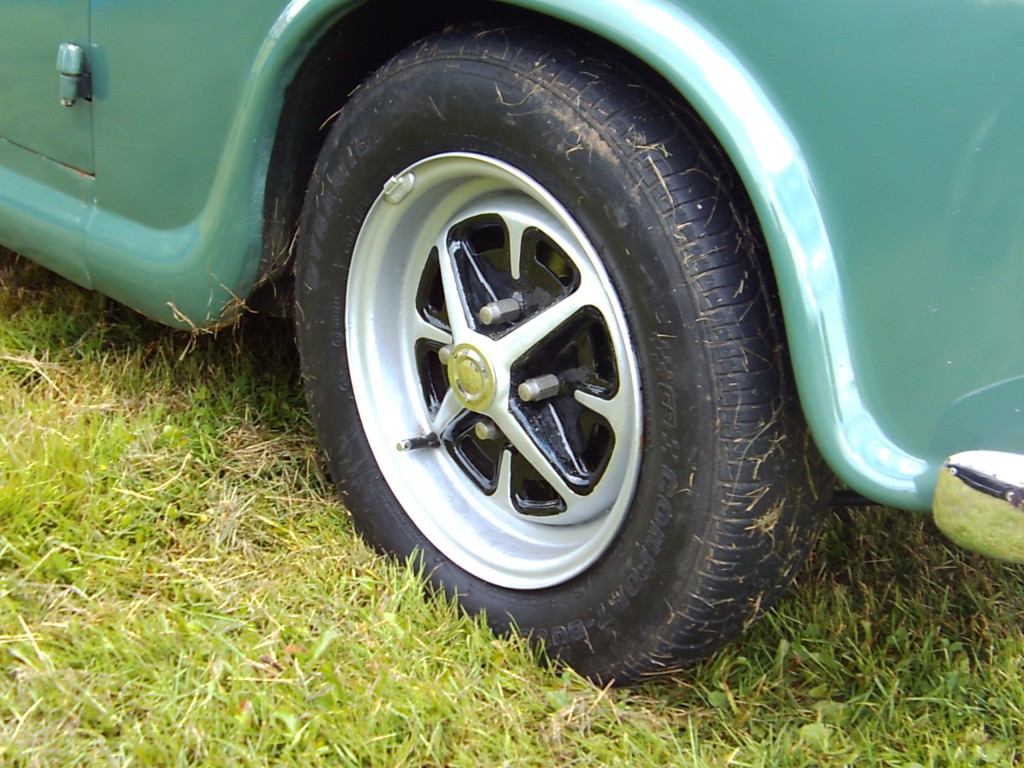 Incorrect and inappropriate wheels?!? Strike it Down!!!

I actually don’t see too much of a problem with the rules as drafted. It would seem to imply that the Historic Vehicle classification would, once again, be rolling date that encompassed cars over 30 years old. At the same time it acknowledges that to be a Historic Vehicle the vehicle has to have some degree of historic interest and so it can’t be applied to cars where the only thing representative of their original state is the VIN plate. Good. A Vauxhall Chevette L in its original spec is much more Historic than one that’s been turned into yet another HS replica. And a Ford Cortina Mk3 that’s a Zetec drivetrain put in and its suspension chopped in half isn’t a Historic Vehicle either. This may put a damper on all those ‘Series II Land Rovers’ on eBay that just happen to have been ‘modified’ with coil-spring 92-inch wheelbase chassis, Tdi engines and Defender bodywork, too. However I can see that if you’re into modifiying cars more than I am (which is to say, at all) then these new rules look quite scary.

The problem here is that the proposals highlighted by ACE are just that – proposals. They have to get through the great fuzzy bureaucracy that is the EU and then they get passed through the mangle of the UK legislature as well before being further rewritten and dis-empowered by however VOSA and the DVLA chose to implement the rules on the ground.  How many pieces of legislation, from the EU or the UK government, can you think of that seemed like ‘Armageddon’ but in the end proved to be nothing of the sort?

The great wooly get-out clause here seems to be this bit:

comply with its safety and environmental characteristics in force at the time of approval, first registration or entry into service, as well as at the time of retrofitting

which seems to allow almost any modifications to non-Historic vehicles provided they meet the regulations in place when they were fitted if they are pre-existing (rather like the ‘grandfather rights’ that old cars have in regards to the current MOT) or that they’re deemed safe now if they’re new. On top of this is the issue of ‘original spec’. What if the parts you’re adding to a car already have implicit approval from the period because they’re from a higher-spec car? Could you fit the engine, suspension and brakes from a Marina 1.8TC to your Marina 1.3 Super? What about all those Morris Minors that have had Marina parts put in them? In many ways this makes them safer because they have front disc brakes and can get out of the way of modern traffic. Should they all be de-modified back to drums all-round, 998cc engines and a dynamo that can’t power the headlights and wipers at the same time? If a vehicle has to be ruthlessly original to classify as ‘Historic’ does this exclude fitting radial tyres or halogen light bulb? Or intertia reel seat belts? How is a garage or VOSA station going to know what the original specification of a 1965 Hillman Super Minx is? Especially when a lot of garages now get confused by distributors and carburretors let alone the intricacies of the BL specifications sheet, which seemed to change on a weekly basis depending on which part of the supply chain was on strike.

These are questions I can’t answer. More to the point I suspect the people who wrote this proposal can’t answer it either. Neither, I suspect, could any MOT Tester presented with a 1970s car be able to tell whether or not it was deviating from its standard spec and Type Approval.

My take on this, for now, is that the calls of ‘Armageddon’ are premature. This needs to be monitored closely by all car enthusiasts but the real test will be what the UK government does with the EU’s legislation and how it’s integrated into the current rules.