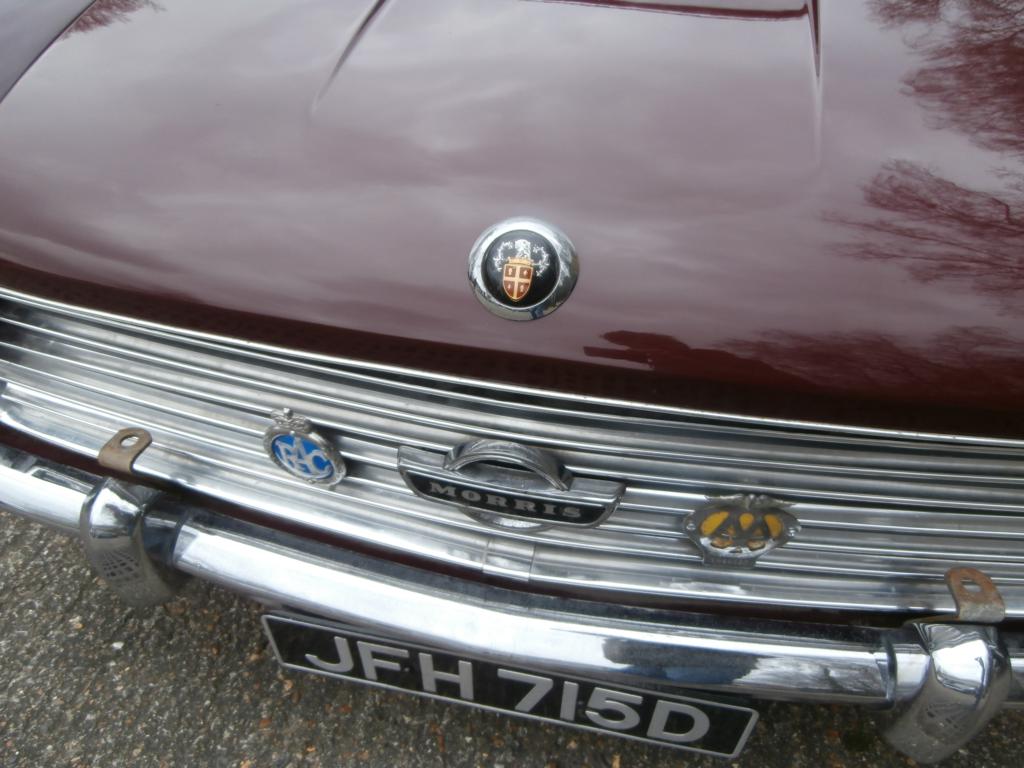 There is an obvious problem with owning three cars but only two parking spaces (actually only one, but my neighbours and landlord are tolerant people…). This means that I generally rotate which of my cars are ‘active’ here in Peterborough and which one gets to sit under  cover for a few months in a shed at my parents’ house in Hampshire. The last switch was to take the Metro down south and bring the Land Rover up to cope with the SNO KAOS in January.

Before the Metro bowed out I took it to the New Year’s Day Classic Car Gathering at Brooklands, where it was deemed ‘not classic enough’ to be allowed on the site. This was a situation that couldn’t stand so when I found out that Brooklands host a dedicated Austin-Morris Day I seized the opportunity to get one of my car’s onto Brooklands’ hallowed concrete. This is despite the fact that, technically, the Metro is neither an Austin or a Morris.

So on a wet and wild Friday evening I took the 2CV around a busy M25 (a run that it dispatched with its usual ease) and then on a very, very, cold Sunday (ironically with more SNO KAOS forecast for the Peterborough area) the Metro sprang eagerly into life and made the familiar trip up the A3 to Surrey.

This time there was going to be no surrender. To be sure, I ended up following a pea-soup green Austin Maxi 1750 and clung onto its tail all the way up to the ticket hut where the Metro was now deemed suitable (I was all ready to point out the Austin logos on the wheeltrims and the light lenses if the hi-vis-wearing-Guardians-of-the-Sacred-Concrete kicked up a fuss) and I edged down the famous sweeping entrance path, past the clubhouse and parked up against the Wellington Hangar on the Finishing Straight. 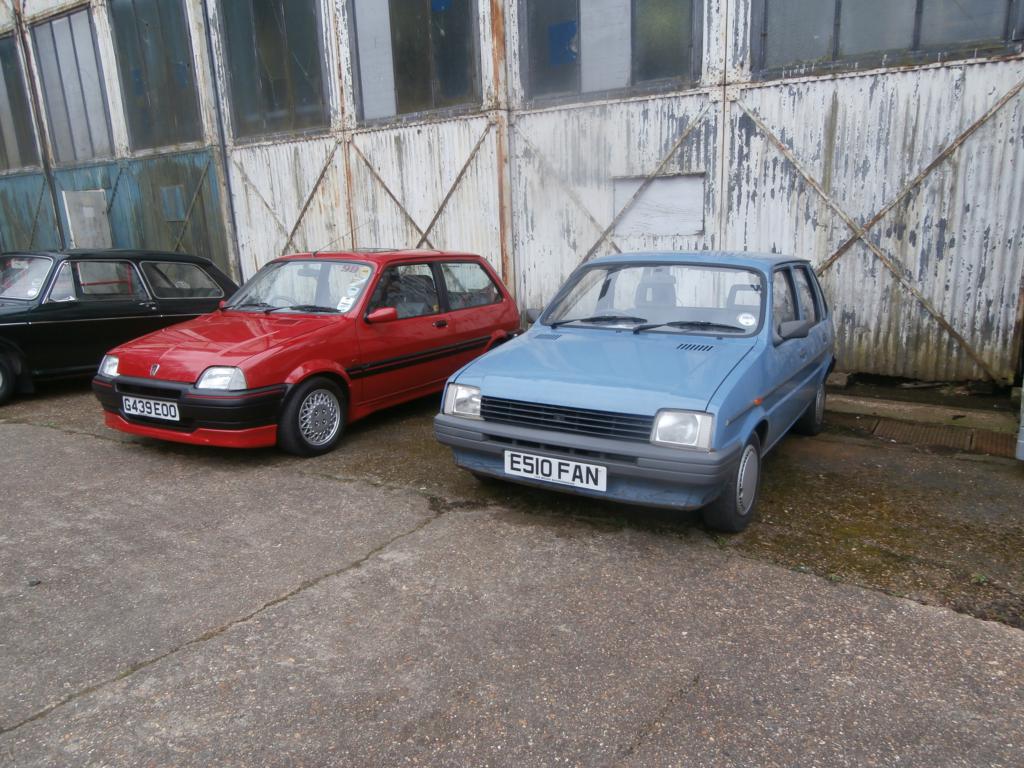 The show itself? Well unless you only venture out of the house to see 18-22 Wedges, Morris Itals or Morris Metro vans then there was something here for you, because there was every other model of Austin and Morris product present- certainly a representation from all the post-war cars.

There was a surprising lack of Minis but I guess this to be expected because a) they’re always slightly apart from the rest of the Austin/Morris scene and b) they have their own Brooklands day in 2 weeks time. What dominated the show was a huge turnout of Morris Minors in every shape, size, spec, age and condition. I’d go as far to say that half the cars were Minors and another good 10 per cent were Austins Sevens which were also out in force in their various guises (Chummy, Speedy, Ulster, Special, Ruby, Pearl and so on ad nauseam).

There was a pleasingly large contingent of pre-war Morrises (a couple of bull-noses, a big Cowley saloon, a Cunard-bodied tourer and a very nice 8E with the proper streamlined headlamps). There was, predictably, a good crop of BMC Farina Cambridge, Oxford and Westminster models but surprisingly few Wolseleys, which are as much a ‘proper’ Morris as a Leyland Princess (or a Rover Group-era Metro…).

Speaking of Princesses there were four present, including the superb Inca Yellow 2000 S/T which I ogled at the NEC Show last year. There were two Austin Ambassadors (including a Y-reg, Y-reg, Y-reg one).

On the Longbridge side of things was a good selection of ADO16s, including a rare and lovely (in a Formica-clad sort of way) Austin 1300MkIII Countryman. Allegros were out in force, with the highlights being an early Allegro 1100 in ‘Mirage’ (i.e. grey/lilac) and a white Mk2 with a stunningly all-blue interior.

In the afternoon most of the cars departed to do a few slow and damp parade laps of the Mercedes-Benz World Circuit (which I think is just rubbing it in, really!) and then they all parked up on the Members’ Banking for a photoshoot.

Definitely a show worth going to for the BMC/BL fan, and I am pleased to report that the London Bus Museum on the Brooklands site is not only quite interesting but is a very good place to defrost.

Discovery of the day? The Metro 1.3L may not have courtesy lights for the cabin but it does have one for the fuse box. As one so-called friend pointed out, BL clearly expected you to spend more time changing fuses than driving it. 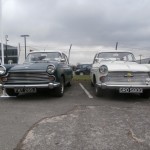 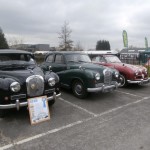 There were a few ‘County’ Austins in attendance… 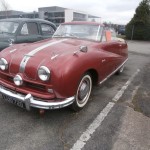 …including the always-superb A90 Atlantic 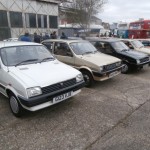 All these Metros are in better nick than mine, with both rear mudflaps still in place :( 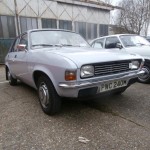 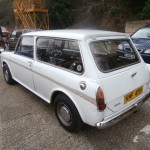 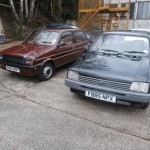 More Metros. Not sure about the branded light grilles on the brown one! 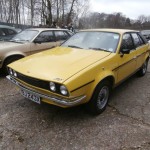 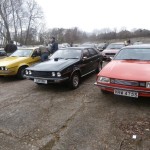 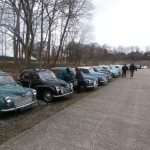 Some Morris Minors. Moving on! 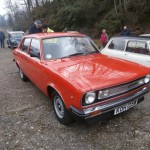 There were only two Marinas at the show, and only this one had a roof. 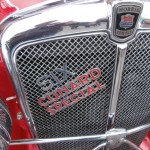 This is nothing to do with the shipping line.

The interesting kind of Morris Minor. 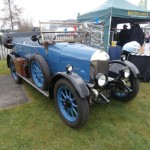 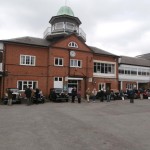 Morris cars were granted pride of place outside the Clubhouse, what with it being the centenary year. 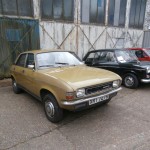 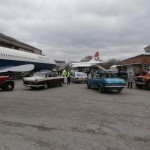 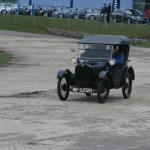 An Austin Seven Chummy. How can such a small car make so much noise? 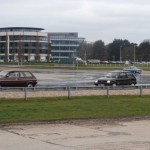 A British Car to Beat the World…but not Mercedes-Benz World, sadly. 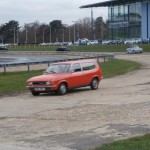 The Allegro Estate joins Bentley, Bugatti and Napier in the pantheon of cars with a Brooklands motorsport heritage. 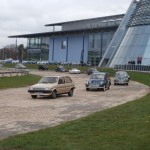 Cars coming off the parade track. 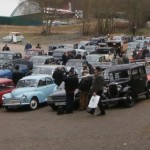 Gathered on the banking for the group photo. 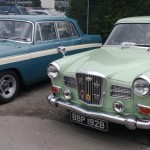 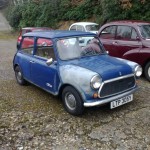 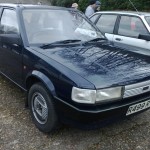 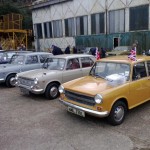 ADO16s put in a good showing. 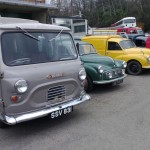 There were various commercials, mainly of the Minor LCV variety. 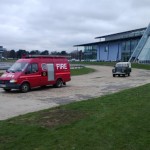 The parade vehicles were followed by a Fire Engine and a recovery Land Rover. Where they expecting trouble? 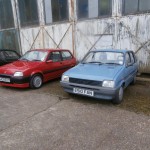