I make no apologies for the slew of rather Nuffield-centric content in recent weeks- it’s the centenary of Morris Motors in a couple of weeks and, as I’ve talked about before, I feel that Morris is one the companies more cruelly screwed over by the British Leyland era than most. 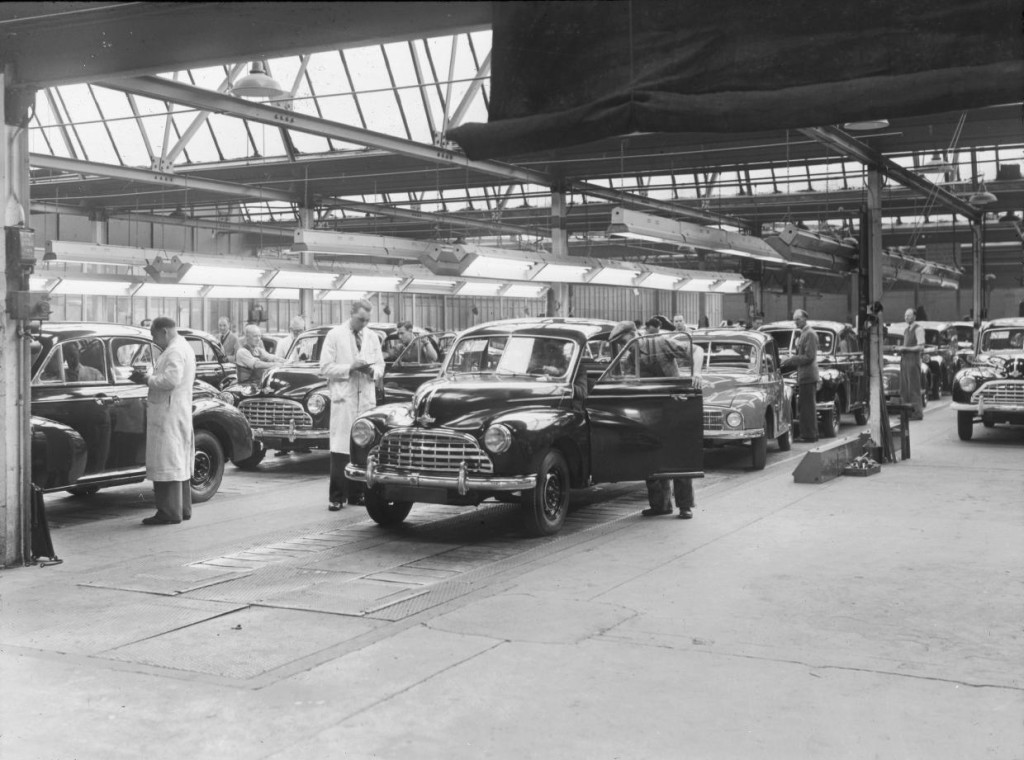 I mentioned in my Morris retrospective that there is a pleasing irony to the whole story that a former part of the Nuffield empire (the Pressed Steel works at Cowley, now BMW Plant Oxford) is busy churning out cars with a name derived from a Morris product (the Mini-Minor), complete with a grille design based on the one developed to distinguish the ‘lesser’ Morris Minis from their Austin counterparts/competitors.

Over a decade since it was introduced the MINI still causes no small controversy amongst classic car enthusiasts. My stance on the matter has always been that the MINI is a very good car but a very poor Mini. I have more general issues with the whole retro car phenomenon which the MINI was largely responsible for kick-starting but this isn’t the time for that. I’ve imposed a rule on myself that I’m not going to talk at length about the MINI as a car until I’ve actually driven one, because until then it’s all second-hand information and guesswork. 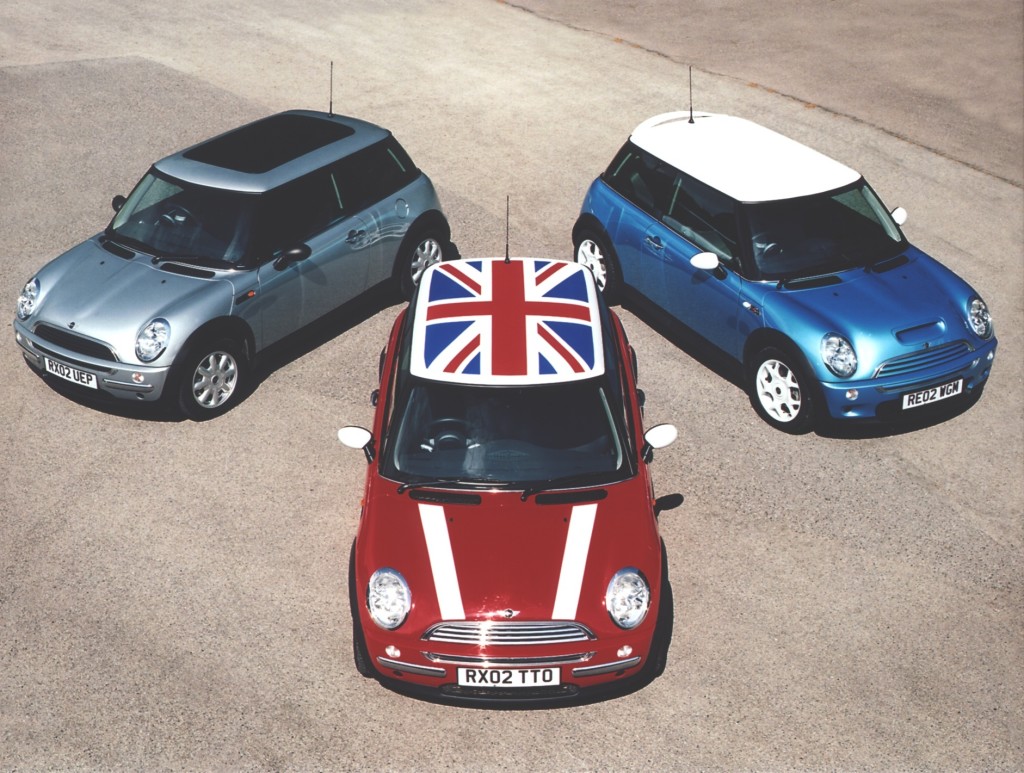 I have no qualms about talking about the MINI as a design, though, and that’s where most of my problem with it lies. It simply lacks the technological and design innovation that made its forebear so iconic and successful. The Mini was a clever car designed on ruthlessly functional lines. The MINI is an ordinary car designed around its styling- the complete polar opposite. Yes, that styling is a pretty good update of the original but that’s not what the Mini was about. However I do like the similarity that, while the Mini’s functional looks worked superbly on a small car they just didn’t when applied to larger cars like the 1800 and the Maxi. The MINI suffers the same problem- it’s a neat enough exercise on the original product but applied to the Countryman/Paceman models it makes a Landcrab look elegant and suave. 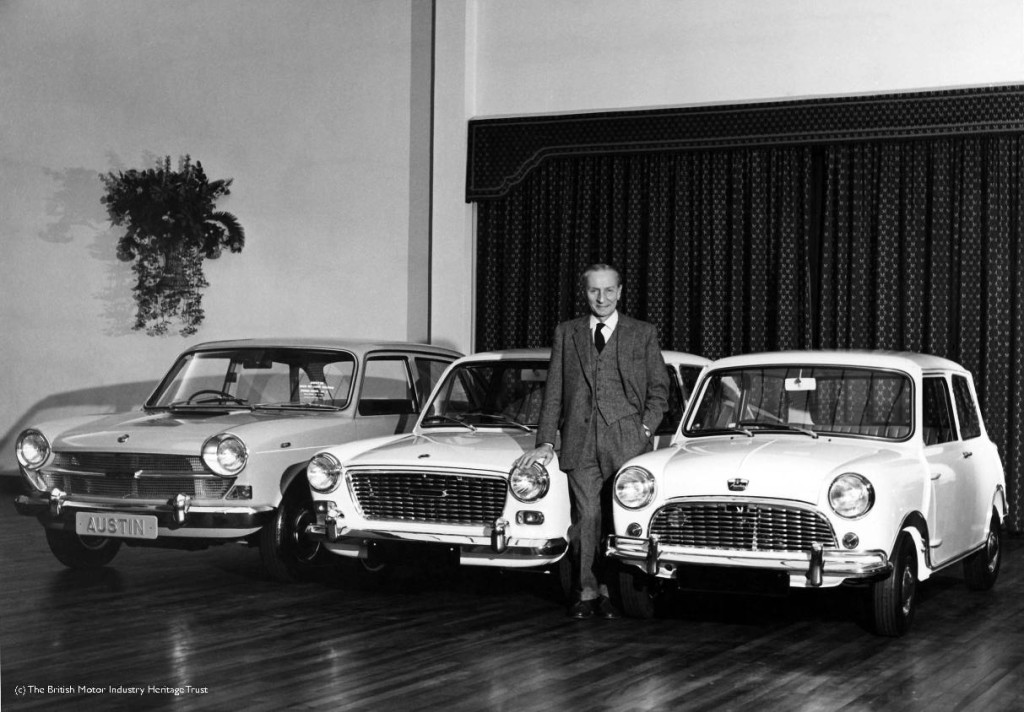 It’s like that Ascent of Man poster, only in reverse.

The retro looks aside, it really is the lack of anything new from the engineering point of view that bugs me. Almost every major mechanical and structural system on the original Mini was either a new idea (rubber cone suspension, external body seams, 8-inch wheels) or an existing idea used in a new way (A-Series engine turned sideways). The MINI has none of that. It’s an utterly conventional front-wheel drive small car from the late 20th century. Yes, there some pleasing parallels in that they both use existing and rather old-fashioned engines that were originally design by another company for an entirely different car, but beyond that there is no strand of design thought that connects them. The MINI has no identity of its own, just an update of the original, often to the point where it becomes literally form over function. Like the central speedo. Yes it’s funky and yes, the original one had one too but even Leyland found a few quid to move the instruments in front of the driver because no one could actually read them in their original place. A problem that the MINI also has, and that it solves by fitting an electronic readout on a separate dial in front of the driver where it should have been in the first place. I can think of no better way of summing up the MINI’s problems as a design than that. 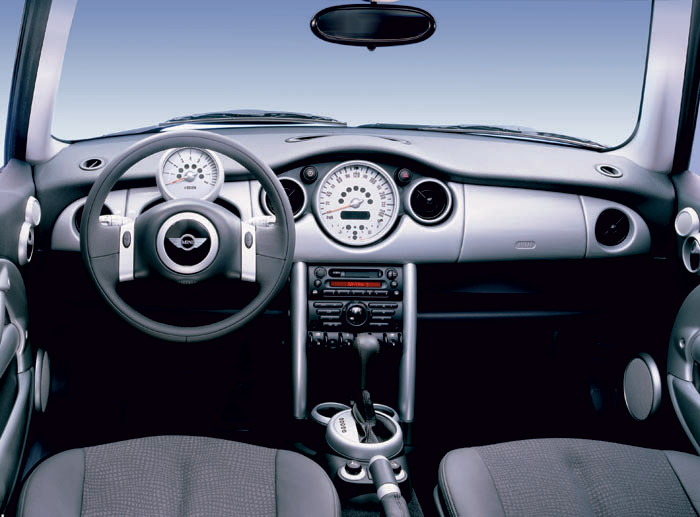 I will quickly reiterate that I don’t criticise or deny the MINI’s success as a product. Rover and BMW’s business logic in going down the retro route can’t be faulted and neither can the resulting car be called anything other than a global (and British-built) sales success. It just grates slightly that it’s with such a cynical and superficial product which uses the badge of a car that started out something wholly non-cynical and non-superficial. 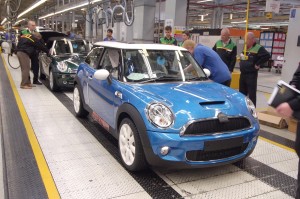 So that is a brief introduction to Why I Can’t Stop Moaning And Love The MINI.

On the way to the Brooklands Austin-Morris Day, however, something dawned on me. As I thrashed up the A31 in the Metro (now there’s a proper Mini replacement…) I overtook a clearly-Brooklands-bound Morris Minor Convertible. As usual when seeing a Moggie out on the road my thoughts briefly turned to the discussion of whether the Minor, the Mini or the utility Land Rover is the ‘British People’s Car’ (a subject for another day).

Then, looking in the rear view mirror I saw the same (grey) Minor being overtaken by a (grey) R50-model MINI, and it clicked that here were two Oxford-built cars, both of which sold in huge numbers worldwide as everyday family transport. Neither were especially innovative or exciting from a design point of view but they were up-to-date, well executed and sound. If we expand the comparison to take into account all the various versions of the Minor and the MINI, both are available in saloon (sort of…), estate, convertible and van form. Both have attracted a fervent enthusiast following who are prone to personalising and modifying their cars, often in strange ways. On the other hand both were/are also bought simple on their own merits as practical daily drivers. They’re even pretty much the same size. 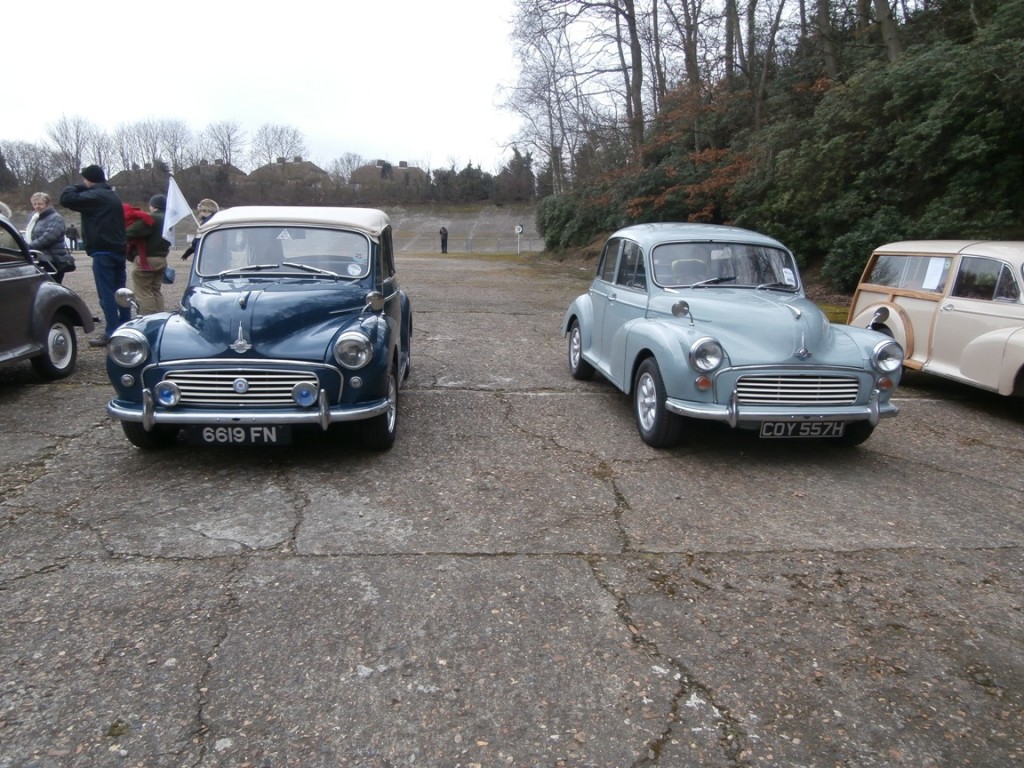 So there you have it. I’ve been thinking about this all wrong. The MINI isn’t the successor to the Mini at all. It’s actually a follow-up act to the Minor