This is going to be a very brief Trip Report because to report on it fully would be spoil this week’s main blog on Friday.

Last Sunday I made a slightly circuitous trip (Portsmouth to Peterborough via Salisbury…it’s the most logical route!) to swing by Old Sarum Airfield for their Vintage Sunday gathering, which is a free event for classic cars and aircraft. As a card-carrying aeroplane buff as well as general old car geek an event combining both of these things sounded to good to pass over.

It was very, very, very cold. It may technically be spring but the outer fringes of Salisbury Plain on an overcast day is an exposed part of the world and an airfield, by its nature, is a large and exposed area without much in the way of wind protection.

This hadn’t stopped a good crop of classic cars turning out, though. I should have known better as it takes more that a ‘nip in the air’ to deter an MG enthusiast and there were several people wrapped up like the Michelin man wedged into the cockpit of their pre-war roadster.

It was a very ‘trad’ meeting in most respects, with lots of MGs, Rileys, Rovers and Triumphs. The cars were parked in a coned-off area of the airfield itself so the people who had turned up to take their Ikarus microlights for a spin had to taxi past a line-up of wierdos ogling a green/beige Austin 1100.

Come noon, it was still very, very cold. The cold, cloud and wind had, understandably, deterred, most of the vintage aircraft brigade and the aeronautical presence ended up being a Piper Cub, a Super Cub and a (very nice) Luscombe 8. The pilot of the Cub showed stamina worthy of the most ardent MG driver by flying in with the door of his plane fixed open.

The airfield’s cafe was open (which presented a good chance to defrost and borrow their WiFi) and you could wander around the aprons in front of the former RAF hangars, which are proper First World War-vintage ones with brick arch corner towers and wooden-lattic roof trusses.

There were around a dozen cars on the site at any one time but they came and went over the day and I’d estimate that a total of twenty cars actually turned up.

The Vintage Sundays take place on the first Sunday of every month between September and April. For more details check out the Old Sarum Airfield website. 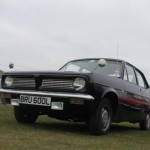 A glorious Marina 1.3 in the best colour of all- Black Tulip. 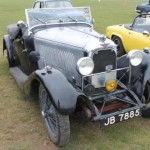 This pre-war Lagonda Rapier is a real rarity and great to see out and about. 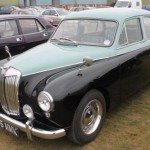 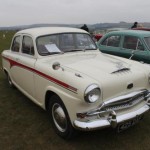 A big slice of BMC brilliance- an Austin A95 Westminster. 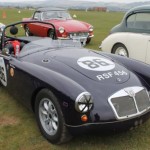 This MGA is clearly used to less sedate days out. Nice to see. 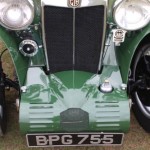 An SU carb mounted outside the engine bay can only mean one thing- SUPERCHARGED! 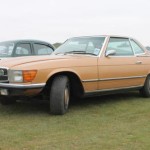 What is it with the Germans and the colour peach? It’s like that strange colour you could get Mk3 Polos in. 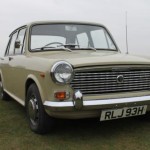 Probably my favourite car of the day was this very smart Austin 1100. 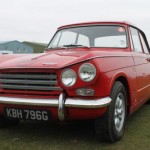 Can’t go wrong with a Triumph Vitesse in red on Minilites. 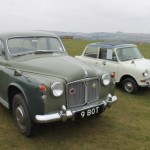 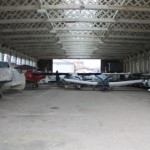 A look inside one of Old Sarum’s vintage hangars 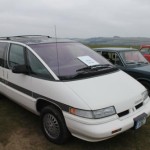 This is, apparently, an Oldsmobile Silhouette. I’d never even heard of it, but it’s rather glorious. 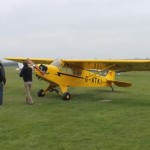 The Piper Cub is pretty much the aeronautical equvilant of an MGB roadster. 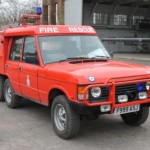 This 6-wheeled Range Rover Carmichael fire tender was still in active use. 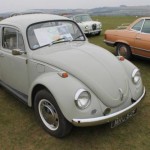 A smart Beetle 1300 with a pleasing lack of ‘scene’ mods. 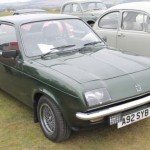 This Chevette GL in green with a green velour interior was lovely. It was even better on BBS alloys with added spotlamps. 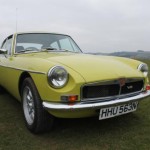 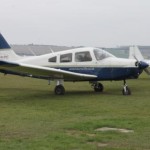 If a Piper Cub is the equivilant of an MGB, a Warrior III is like a Ford Sierra.