For a blog that concerns itself mainly with cars from the dark, beige-clad days of the ‘Seventies, I don’t feel it’s too remiss of me to take a whole two weeks to do what everyone else on the internet seems to have done already, which is talk about the Jaguar F-Type. 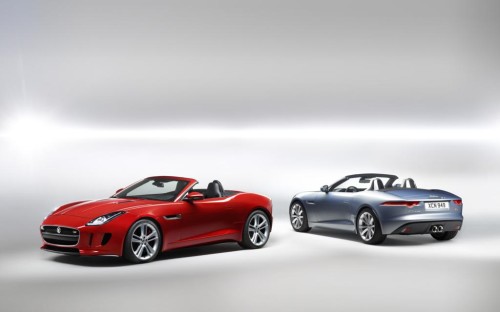 The reviews have been universally positive, occasionally verging onto the ecstatic. The F-Type is sure to be yet another big seller for Jaguar Land Rover (which is setting sales records with almost tedious regularity at the moment) and very good for the status and condition of British car manufacturing as a whole.

Going by past form I won’t even get to set foot in an F-Type until it’s 30 years old and metallic silver has become a desperately uncool colour that people laugh at as they drive by in their heliotrope-coloured VW Golf Mk16s (which I imagine will by then be the size of a current Bentley Mulsanne). Therefore I can’t offer any opinion on the F-Type as a car. It sounds like it’s a very good one since the only consistent complaint is that the boot isn’t very big. By the standards of past Jaguars that isn’t a flaw at all.

What I can do is talk about the Land Rover Defender. Bear with me!

Land Rover are currently working on the long, long, long overdue replacement for the Defender, which is a vehicle launched in the early ‘Eighties which was based on a vehicle from the ‘Forties’ and used bits of a car from the ‘Seventies. It (and its direct predecessors, the Series models) provides the core of Land Rover’s image, from which every other model derives its credibility. It is, unjustifiably in my view, hailed as a ‘design icon’ and has an ardent enthusiast following. 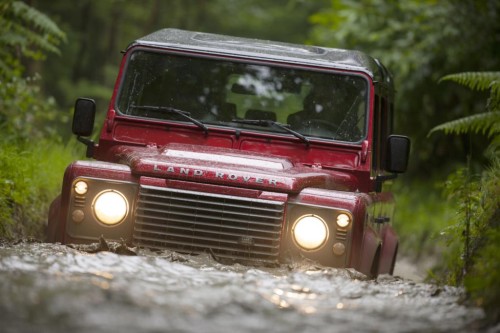 The background noise of discontented grumbling about the present and future Land Rover range that underpins the LR enthusiast scene erupted into a full bellow last year when Land Rover revealed the DC100 concept cars which were the first results of Project ICON, the company’s long-term programme to replace the Defender.

From the vitriol that erupted on some parts of the internet you’d have thought that Gerry McGovern had personally deposited a flaming bag of dog poop on the bonnet of every Defender out there with a ‘One Life Live It’ sticker on the windscreen (come to think of it…). The underlying premise of all of this was that the DC100 was too modern. It was too complicated and it would be useless at carrying hay bales up a Welsh mountainside. Given that there are some in Landy fraternity who seem to believe that ‘proper Land Rovers’ ended when they introduced a heater as an option back in 1954 you can imagine what they made of a concept car with a sonar water-crossing-depth-measurer built into the grille badge. 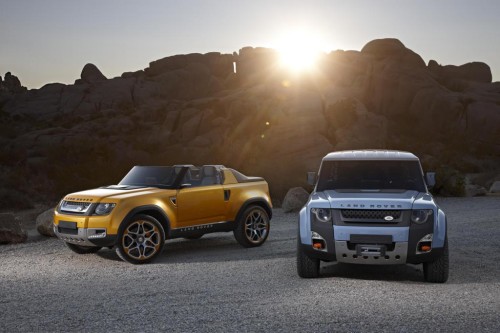 The key complaint, rather interestingly, was that it “didn’t look like a Defender”. For people who always claim that proper Land Rovers are about doing roughty-toughty outdoors work and being fixable with a roll of baling twine and a set of Mole grips they seem to get very hung up on the aesthetics.

Personally, as a long-time Land Rover enthusiast (I own a Barbour jacket and everything!) I don’t really care what the replacement Defender looks like, but about what it can do. The original Land Rover was never designed with its looks in mind and the vehicle evolved along strictly functional lines- the barrel side to cover a wider track, the flat front to accommodate the V8 engine, the air intake on the wing to feed the turbocharged diesels, the wheel arch extensions to cover the even wider track, the deletion of the scuttle flaps (but retaining the pressings) because the new dashboard didn’t need the flaps anyway, and so on.

The other thread running through a lot of the grumblings down at the Radius Arms or wherever the Bogshire & District Land Rover Club meet to debate free-wheel hubs and how best to apply chequerplate panels to unnecessary bits of the bodywork is that if only Land Rover focused on making ‘proper’ Land Rovers again (rather than, you know, globally successful products like the Range Rover Evoque) then everything will be wonderful. The idea that, having passed over it the first time it was on sale, the world is just waiting to buy hoards of 300Tdi Defenders again is touching but fails to really account for the fact that the world has moved on. 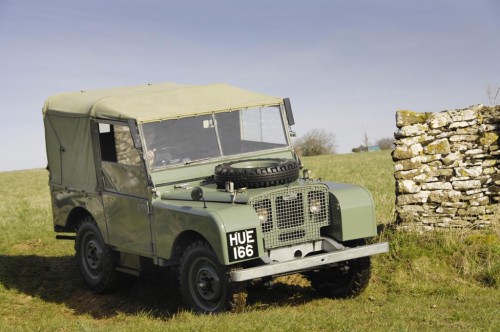 In the ‘Sixties a lot of people wanted a very basic, very uncomfortable, very slow 4×4 that they could strip down with two spanners and that had an engine that would run for thousands of miles lubricated only by whatever oil could be tapped from the nearest road-side tree in the African bush, that would carry a ton of ground-nuts across the Sahara desert and much else.

The Defender is still (pretty much) that vehicle and Land Rover sells 15,000 of them a year. Contrast that with the 600,000 Hiluxes that Toyota sells across the globe each year. Coupled that to the 400,000-odd Mitsubishi L200s and the similar number of Mazda B50s, Nissan D22s and Ford Rangers that find ready buyers throughout Sub-Saharan Africa, rural Asia, South America, Australia and the Middle East, and then remember that a good chunk of those Defender sales are going to people in Chelsea who specify leather bucket seats and forged alloy wheels and you’ll begin to get an impression of how irrelevant the Defender, for all its charm, appeal and undoubted ability, is to most people.

Since the DC100 unveiling Land Rover have issued a slew of press released which are gradually fleshing out what the real ‘new Defender’ will be like. For a start it won’t look like the DC100. Land Rover are consulting buyers around the world as to what they’re demands from a utility vehicle are. The buzz-words are ‘capable, useable, abuseable [which I don’t think is a real word] and adaptable’. That all sounds very Defender-ish to me.

So what as the F-Type got to do with all of this? 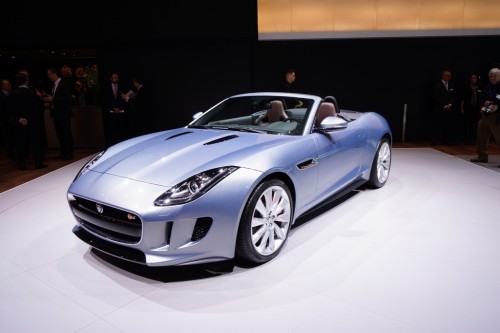 As the name implies the F-Type is the successor to the E-Type, which is Jaguar’s equivalent of the Defender. It is the car from the company’s past that made it what it is, and to which every product that followed it has been (however rightly or wrongly) compared with. 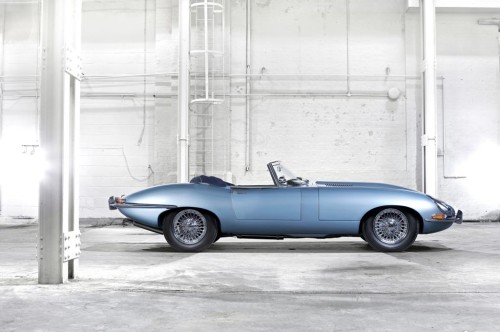 There has been some mild criticism of the F-Type’s looks- both that it doesn’t look enough like an E-Type and that it doesn’t look enough like a Jaguar. Looks schmooks, I say. The key is in the name. Jaguar aren’t making a retro revival of the E-Type (as with how the MINI relates to the Mini), but a successor. Hence why it’s an F-Type, because F follows E. It’s just a Jaguar sports car, but one with its own identity that approaches the need and wants of people in 2013, not 1961. Yes, it has a few mild styling cues from the E-Type but its stance is totally different (it’s almost as wide as it is long, unlike the E-Type with its weird Commer van-like body overhang) and, joy of joys, it doesn’t have an oval grille, faired in headlamps, bonnet louvers or any other retro nonsense. 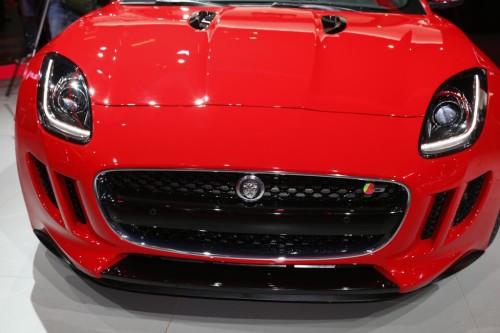 It is a new Jaguar, not a recreation of an old one for the sake of tradition or the whims of enthusiasts, and it seems to be all the better for it.  What it is a very good, very modern sports car with a Jaguar badge, just like the E-Type was back in the ‘Sixties. That makes the F-Type a much truer successor to the E-Type than any backwards-looking pastiche could ever be.

The best thing about it is that the design office behind the F-Type will soon be thrashing out the final design for the Defender replacement. If they judge it as well as they have with the Jag then I think JLR will have another well-deserved success on their hands. 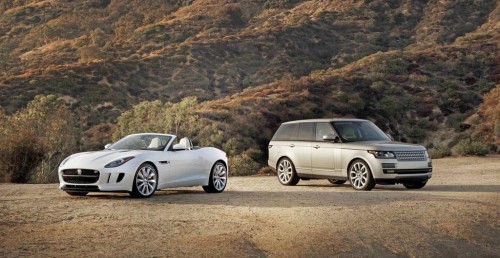