My blog a few weeks ago about the V8 engine as a phenomenon got me thinking about engines in general and how some seem to loom larger in the consciousness of enthusiasts than the cars they’re in. The Lotus Twin Cam engine is a much greater entity that the list of cars that it powered. The same applies to the Triumph Sprint 16v engine, which transformed the Dolomite from a worthy footnote to a pioneer, or any Mazda with a rotary engine. Some cars are defined by their engines more than anything else. The sort of people who describe themselves as ‘petrolheads’ or ‘drivers’ wouldn’t be seen dead in a Honda Civic…unless it has a VTEC engine. Old Rover saloons are stuffy, boring and slow until they have a V8 in the front, in which case they become desirable classics.

Of course, in keeping with this blog’s ethos that success is boring but a failure usually has a story behind it, it can work the other way. There are plenty of cars that should have been set for greatness and utterly failed (or better yet, were denied greatness by a fraction of an inch) because of what was fitted under their bonnets.

So I present, for your pleasure, are some cars that were ruined by their engines. As usual these are in no particular order. 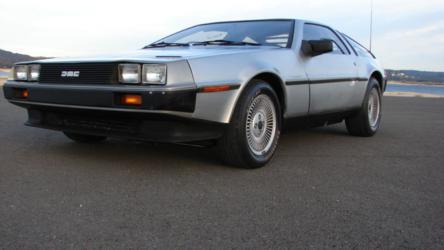 Aah, the DeLorean. The story of one man’s dream of siphoning large amounts of money from the British government, Colin Chapman and a slew of Hollywood celebrities.

Of course the DeLorean wasn’t really a failure because of its engine. It failed because it was an expensive and unconventional car launched just as the American market went into a huge recession. I generally like to take the view that Time Heals All Wounds and that just because a car was flawed in 1981 doesn’t mean that it can’t have much to recommend it in 2013. Unfortunately the DeLorean was that essentially unsalvageable thing- a sports car with no sportiness.

The DMC-12 was supposed to have a Wankel engine. It was also supposed to have an advanced, lightweight chassis built from extruded and bonded aluminium. In the event it had neither of these things. It had a steel chassis based on the one from the Lotus Esprit and it had the engine from a Volvo. Actually, it was the V6 developed by Peugeot, Renault and Volvo together and which would go on to power such fearsome performance machines as the Renault Espace, the Citroen XM, the Talbot Tagora and the Volvo 760. 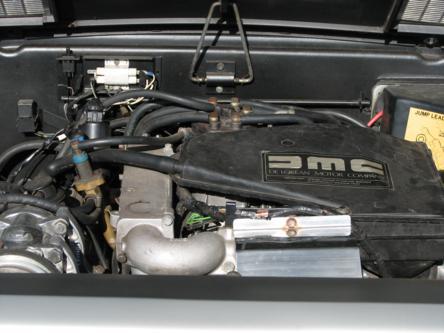 The DeLorean weighed just over 1.2 tons. Its 2.8-litre V6 engine produced 150 horsepower in European tune and a mere 130 horsepower in Federal spec. Coupled to the inevitable 3-speed automatic gearbox that most of the US-bound ones had fitted and the performance couldn’t have been more at odds with the car’s looks. Really the company collapsing for reasons entirely unrelated to the DMC-12 itself was one of the kindest twists of fate that could have happened because it would have been a laughing stock had it been seriously pitched onto the market. 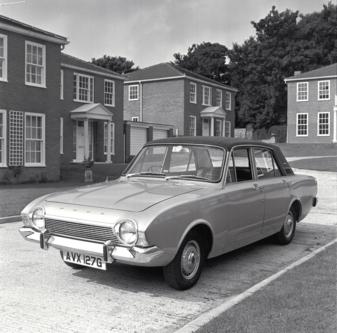 This is that rarest of things, a Ford marketing cock-up. The Corsair was the result of Ford’s convoluted model range in the 50s and 60s where the same basic model was spread across several different market sectors under different names (Consul Cortina, Consul Classic, Consul Capri and so on).

The Consul Corsair was added to the range to satisfy that, presumably very small, sector of the market who wanted a car slightly more luxurious than a top-spec Cortina but with a smaller engine and styling aped from the Ford Thunderbird.

The original Corsair had a 1.5-litre Kent engine, which was fine. The real problem was the new 1.6- and 2-litre engines added to the range in 1965, by which time the ‘Consul’ part of the name had been dropped.These were the infamous ‘Essex’ V4s. V-engines, with their compact dimensions and (usually, at least) two-dimensional balance, were somewhat in vogue at the time- BMC looked at V4s for the ADO16 before wisely dropping the idea. The problem with the ‘Essex’ V4 was that it was a flat-plane rather than a cross-plane design and so was, in fact, as balanced as a straight-two engine (i.e. not very). Ford pioneered the use balancing shafts to try and improve matters but with little success and all they did was add complexity to an otherwise tough and conventional unit. 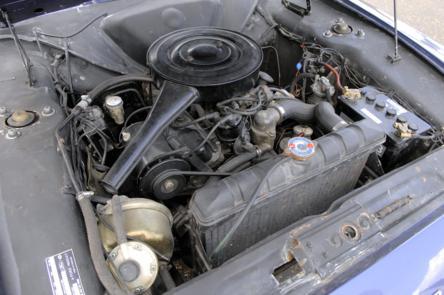 The 1600 V4 offered little power over the traditional Kent engine while the 2000 version had all the refinement of a Lister diesel-powered cement mixer which was at total odds with the car’s otherwise sharp design, very generously specced interior and pretentions as a luxury range-topper. Ford finally saw sense and the larger Mk2 Cortina meant that the Corsair could be quietly dropped. This being the only thing it ever did quietly. 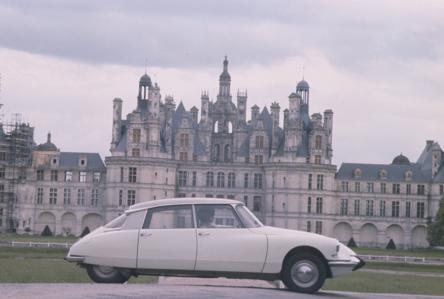 To say that the DS was ‘ruined’ by its engine is putting a bit strongly because the car was by no means a failure. No car before or since has advanced motoring technology so far in so many areas at once. In a world of Ford Populars and Morris Oxfords the DS, with its spaceship styling, innovative use of materials, disc brakes and oleopnuematic suspension was so far in advance of the rest of the industry that much of it is still playing catch-up nearly 60 years later, not least Citroen itself.

The one thing that wasn’t revolutionary about the DS was its engine, since it was a lightly fettled version of the old 4-cylinder unit that dated back to the 1930s and the (equally stunning) Traction Avant. Citroen had planned for the DS to have an air-cooled flat-six derived from the twin-pot engine used in the 2CV (hence the car’s low nose and lack of a radiator grille) but the budget and the schedule had run out and so the old engine was shoe-horned into the front end amongst the gearbox and approximately 4,000 miles of hydraulic piping. 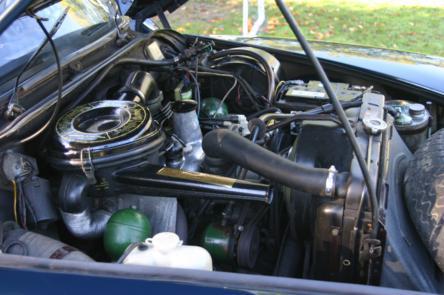 The result was that for all its Dan Dare looks the original DS19 was extremely sedate. The DS wasn’t an especially light car and the engine, for all its new cross-flow cylinder head and hemispherical combustion chambers, only produced 75 horsepower. Of course performance doesn’t really factor into the ‘big Citroen’ experience and the suspension meant that even the feeblest DSs could keep up with supposedly faster cars if there were bends about. It wasn’t that the engine was bad, just that it was so out of keeping with everything else the DS was about.

Citroen did their best but never had the money or the will to give the DS the engine it deserved. Tweaks to the engine and the fitment of ‘Injection Electronique’ on the DS21 were significant advances and the bigger-engined DS23 made a heady 140 ‘steam horses’ but the engine remained something of an engineering throwback. The Maserati V6-equipped SM and the air-cooled boxer-4 GS showed how things should have been and just made the DS’s flaws all the more glaring. 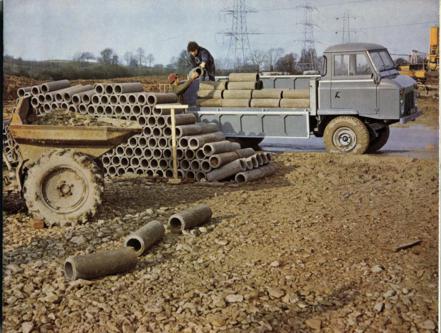 The Land Rover Forward Control should have been brilliant. Take the proven and popular underpinnings of a Series II Land Rover and rearrange the bits on top so the cab sits at the front, leaving all the rest as load space. The result is an off-road lorry with a 1.5-ton payload with much more capacity (by volume) than any other Land Rover.

The problem was one of weight. A long-wheelbase Land Rover was no Lotus, weighing in at a good 1.5 tons or more. Because the LWB chassis was designed to mount a traditional ‘bonneted control’ body it had outriggers and other structural niceties in all the wrong places. Rover’s solution was to mount a second ladder chassis on top of the original one which then carried the new body. Coupled to the heavy duty axles that were also deemed necessary and the SIIA Forward Control tipped the scales at nearly 2 tons unladen.

This is no bad thing (lorries weight a lot) but Rover’s engine range in 1962 wasn’t really geared towards heavy duty commercial vehicles. Plus whatever unit was chosen had to fit within the original Land Rover chassis. So Rover thought long and hard about what to do before deciding to do nothing and use the standard 2.25-litre Land Rover petrol engine which produced 72 horsepower. That gives the SIIA Forward Control unladen a power to weight ratio of 36 horsepower per ton, or about two-thirds as much power for its weight as a Citroen 2CV. Fully laden that 4-pot had to shift 3.5 tons. To help a lower-geared ‘high range’ gear was used which capped the top speed at about 45mph.

The Forward Control had other problems- the ridiculous height imposed by the Jenga-style double chassis meant that it was rather tottery off-road. Rover tweaked the model into the Series IIB which had special wider-track axles, one inch more in the wheelbase and, more importantly, a bigger engine. This was Rover’s 2.6-litre 6-cylinder with their curious inlet-over-exhaust valve arrangement. While an improvement it was designed for use in luxury saloons and to maintain reliability when in the conditions a Land Rover is expected to perform in it only produced 86 horsepower (14 more than the 4-cylinder) so performance was just as stunted as ever. Incredibly Rover also offered the IIB with the diesel version of the 4-pot which put out a mere 62 horsepower. With barely enough power to move themselves, let alone a decent payload, the Forward Controls never sold in the numbers their inherent capabilities deserved.

Pop in next week for the final three on the list!