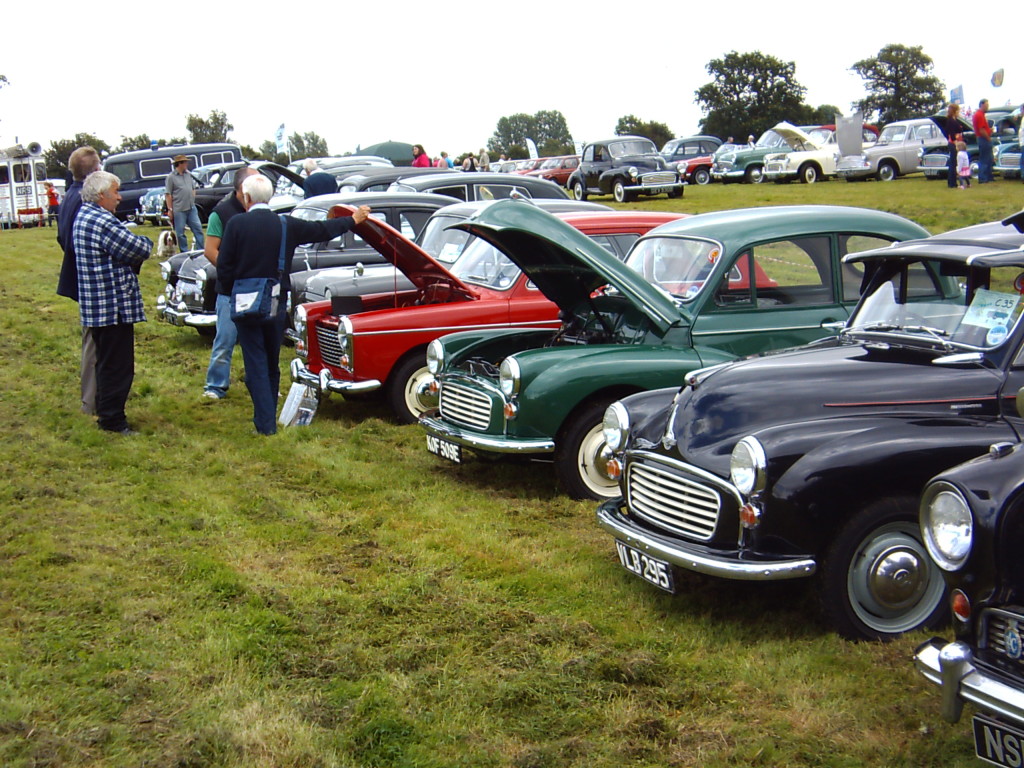 Morris Minors in a field. Classic Cars In A Nutshell.

From the start I should make it clear that this is not another ‘What Makes A Classic’ type of article. That debate has, like a Land Rover two-and-a-quarter engine with knackered big ends, been rumbling on for decades and a few hundred words on a poxy blog aren’t going to magically solve it.

My thoughts this evening are more about why the debate exists in the first place. If you thought that a classic car was just something old enough not to be modern but not old enough to be ‘vintage’ then, wow, are you in for a shock. It’s a surprisingly complex subject (presumably that’s why there is no easy answer) with lots of different facets.

It’s not even as simple as trying to agree on an cut-off point of age. The debate rages not because people think that all cars built before 1945/60/70/80/whatever are classics and those that followed just weren’t. If only it was as one-dimensional as that.

To my mind the most interesting divide is between ‘classics’ and those euphemistically known as ‘modern classics’. The latter term is generally applied to cars that were built after 1980. It raises the interesting suggestion that classic status is nothing to do with age but that, potentially, a car could be a classic as soon as it roles of the production line, but conversely that a ‘modern classic’ is somehow not as pukka as a car that is merely a ‘classic’.

I have a theory about this. The classic car movement didn’t really exist in its modern form until the mid-Seventies. People had used and kept old cars before that but they were either a) very poor and couldn’t afford anything else or b) Lord Montague. By the middle of the Decade That Taste Forgot the car had been a mass-market consumer item for 30 years or so. There were hugely more cars around than there had been in previous decades. While they may have been surpassed by technological and fashion advances they were still perfectly useable if maintained and restored. This was a surprisingly crucial development. In 1950 a 30-year old car would have been built in 1920 and looked like this: 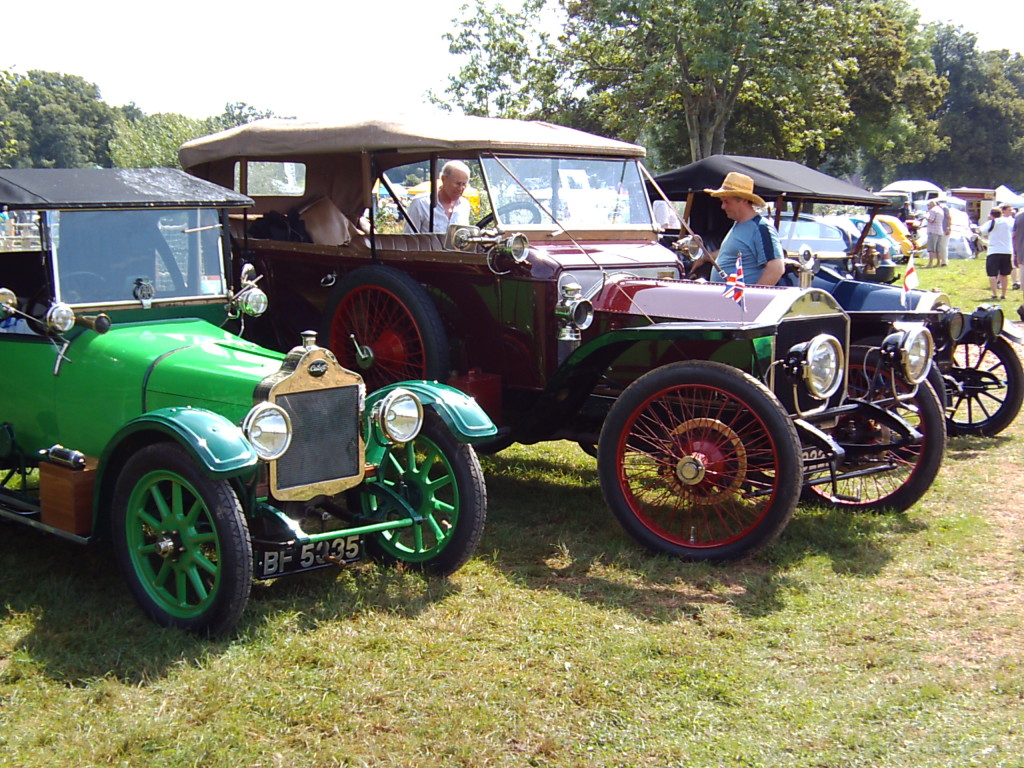 It could have been taken for a nice spin on a sunny weekend or even used to go to work in but it was a chore to manage all those oil-drip feeders, keep the acetylene headlamps topped up, crank it into motion every day and drive with virtually no brakes and no performance. By 1980 a 30-year old car was one of these: 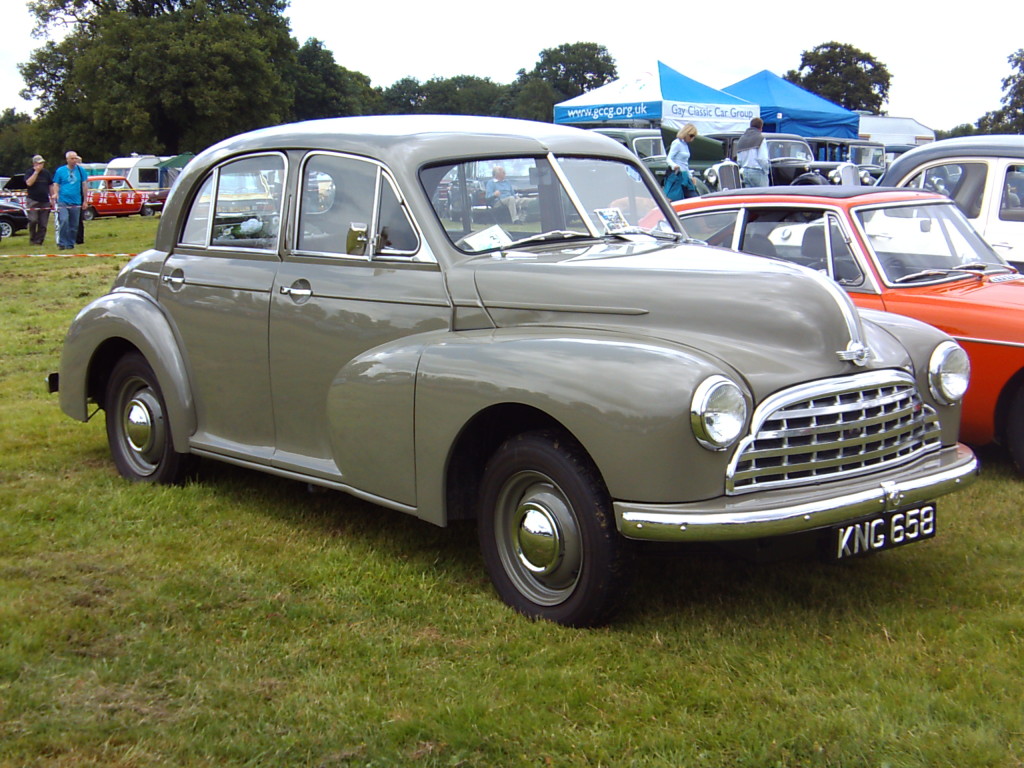 which may have been deeply unfashionable in the world of the Golf GTI but was still a practical proposition to use. Combined with a much greater number of people who had owned cars and had nostalgia for them and this led to people preserving, using and enjoying old cars in a way never really seen before.

It seems frightfully convenient that the broad definition of a classic car tends to have its cut-off point at the time the movement really got into full swing. It’s really a definition that has become fossilised. In the early ‘Eighties no one would have denied that a Morris Minor or a Ford Consul was a classic but here in 2012 their Montego and Sierra counterparts are lumped as lesser ‘modern classics’, despite being just as old now as their predeccesors were then. Most ‘modern’ classics aren’t really modern at all.

Really the term has come about because the first generation of classic car enthusiasts, understandably, made their own definitions based on the cars they liked and had nostalgia for. The problem is that the movement and the definition haven’t really moved on. Someone who is now 45 could have started driving at the age of 17 and never driven car made earlier than 1980. That person may be a die-hard classic car enthusiast but if they go out and buy a Mk3 Escort because that was what they learnt to drive in then that is seen in many people’s eyes as ‘not good enough’. 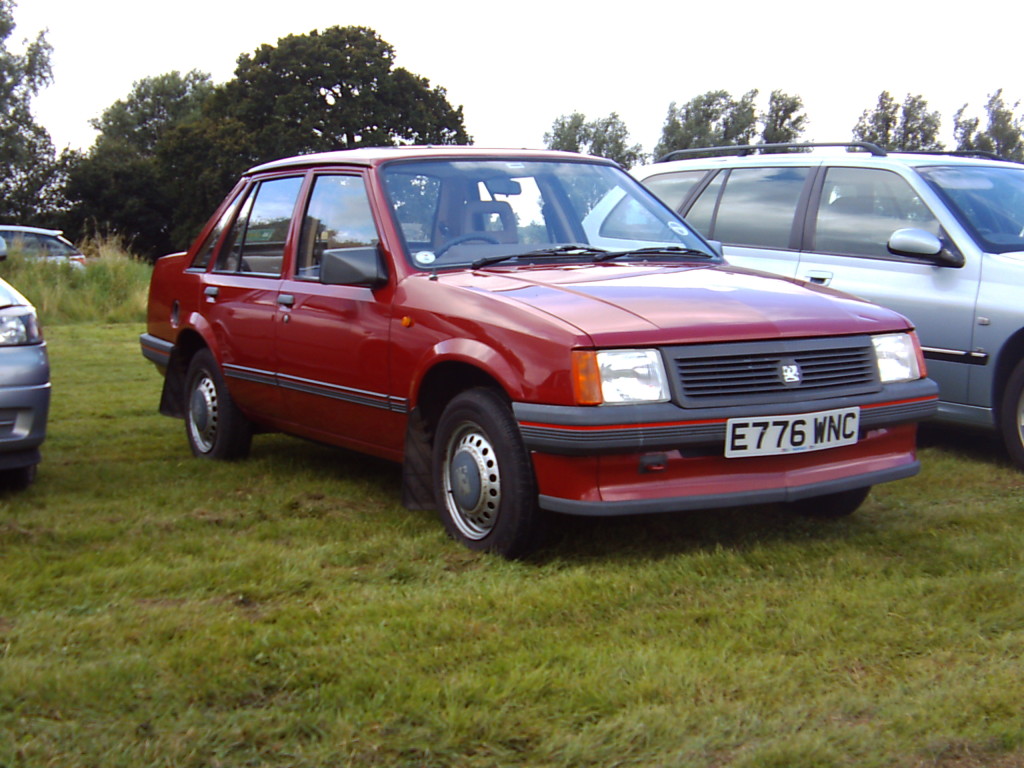 “A long-out-of-production and rare mass-market saloon car? That’s not a proper classic! You need to get yourself a Hillman Hunter!”

There are other factors at work here. I can’t help notice that the time when ‘classics’ become ‘modern classics’ is roughly the same time when the British motor industry imploded and cars from foreign manufacturers really began making big inroads into the sales charts. Because of the near-total disappearance of the UK’s native car industry our classic car movement has deep rose-tint to it than when compared to say, the French or German scenes. There it’s simply a case of enjoying old cars for whatever reason and there’s much less snobbery about modern cars.

The Germans, predictably, have a nice logical solution. A really old car is an ‘oldtimer’ while a slightly younger one is a ‘youngtimer’. It doesn’t carry the same whiff of inferiority that ‘modern classic’ does, mainly because it’s not so self-contradictory.

I could also raise the point that a lot of people in the wire-wheels-and-dynamos brigade treat the MGB as a holy relic while refusing to consider the Mazda MX-5 as worthy of any sort of consideration at all. This isn’t to say that I believe the MGB to be a bad car (far from it), just that if an 18-year old ‘B was a classic back in 1980 (which it certainly was) then why is a 20-year old MX-5 still treated like a pariah in some circles today? 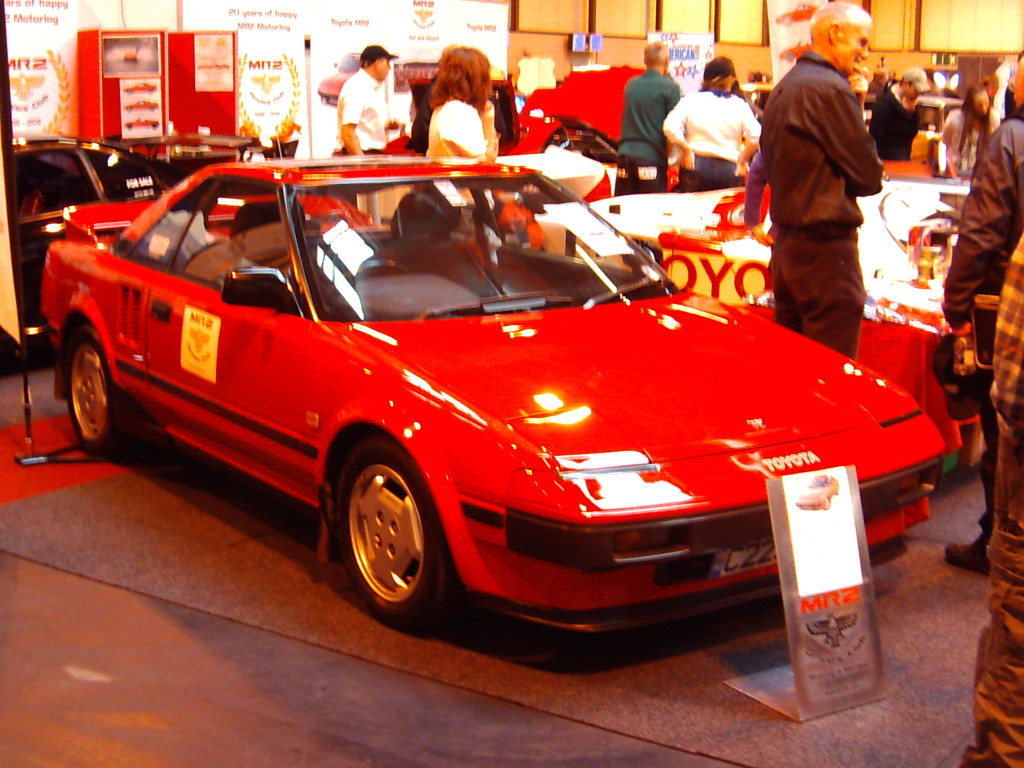 This mid-rear engined 2-seater sports car isn’t a classic because its Japanese and competent.

On the flipside the Rover 75 was treated as a classic from the moment it was launched (and not just because it looked like one…) while a W210 Mercedes E-Class from the same time is still lingering around in banger territory. Similarly any Jaguar is guaranteed future classic status of some sort but a ‘Nineties Lexus is not , despite being in almost every way a better car and in fact much more interesting as a historical artefact. Or, hilariously, why a Honda Ballade is not a classic but a Triumph Acclaim (same car, different badge) is. 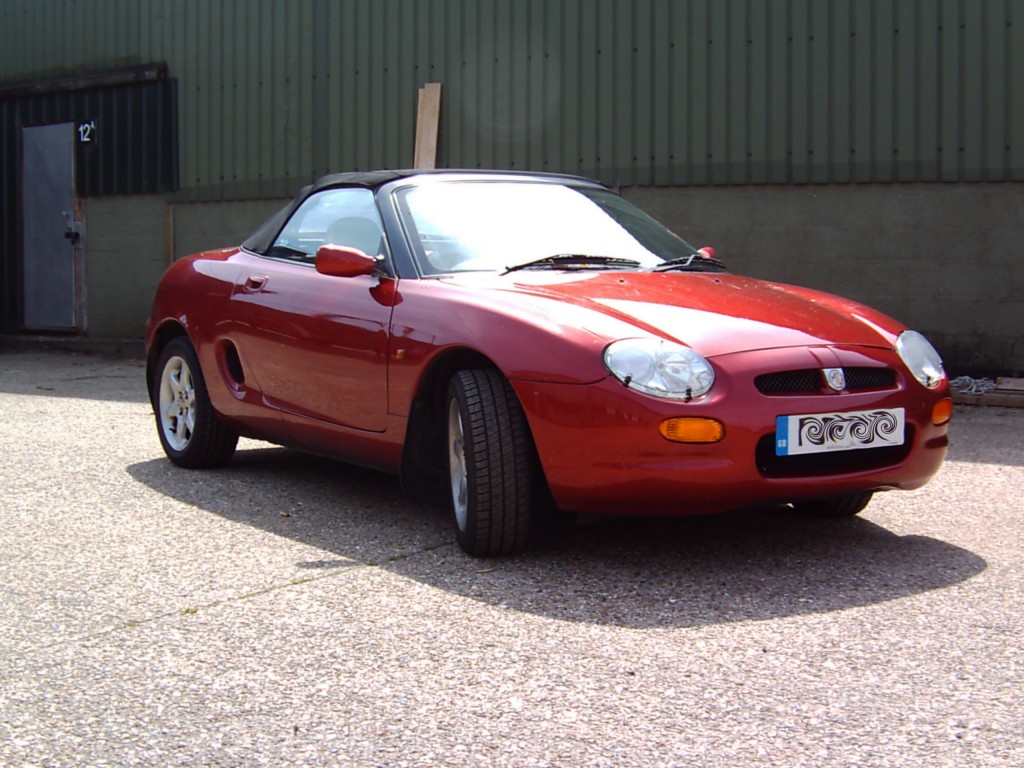 This mid-rear engined 2-seater sports car is a classic because it’s British and a bit rubbish, really.

I would like to point out that, in my experience, these views are not widespread but they are certainly around and have an effect. This is shame on principle and a worry for the future of the classic car movement as a whole.

Demographically there will soon be more people with an interest in ‘modern classics’ around than people who fondly remember the days when they yearned for a Jaguar Mk2 as a boy. Of course, thanks to the very existence of the classic car movement, people like me who were born long after the heyday of the British motor industry can enthuse about cars from the ‘Fifties and the ‘Eighties (and everything in between). The old cars aren’t going away but ‘newer older’ cars are continually joining them. In 20 years time are we still going to be describing my Metro (which will by then be 45 years old, if it’s still around at all) as a modern classic?

This sort of division is unhelpful and is becoming increasingly irrelevant. As car enthusiasts we should value the fact that all cars of any badge, reputation, market segment or country of origin represent a moment in social and technological history. As such as many of them should be preserved as is practical and treating ones that happen to have been built after an entirely arbitrary date as less deserving is daft. 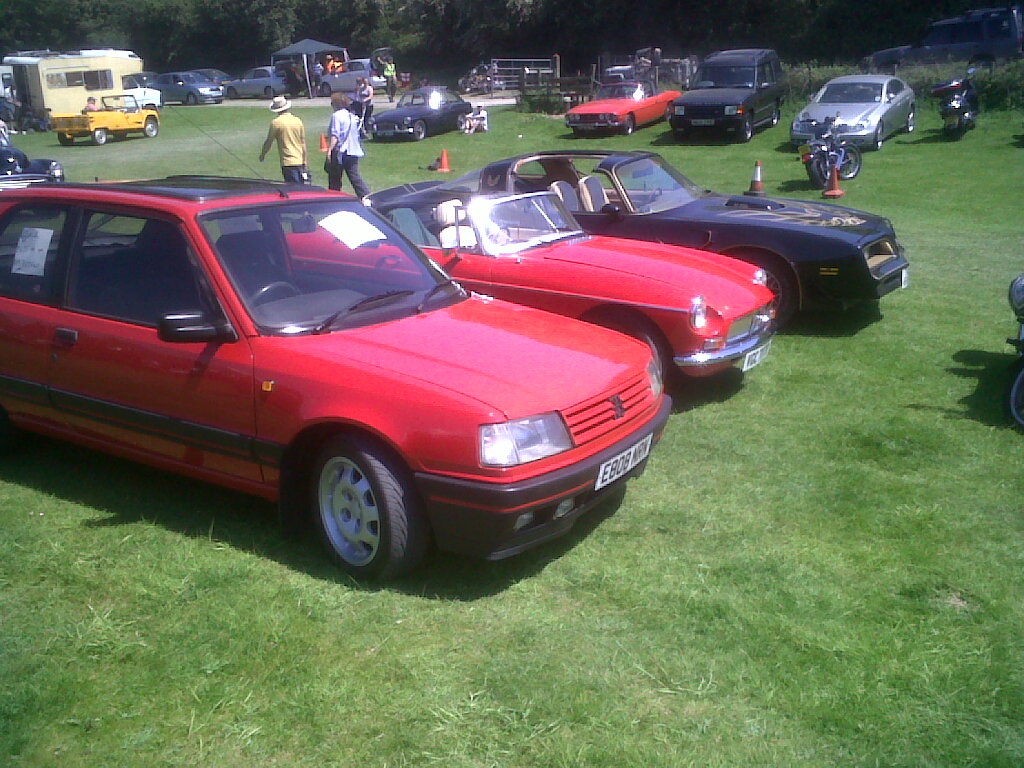