However a recent event made me do something of a mental double-take because I shocked even myself with the apparent poverty of my automotive aspirations. To put it in stark black and white- I had a choice before me to drive a Ferrari 308 or a Morris Marina. And I chose the Marina. 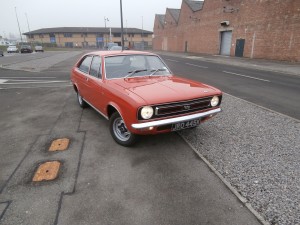 People go their whole lives with the dream of being chucked the keys to a slinky red car with a prancing horse on the front, and without a moment’s hesitation I’d passed it up for the opportunity to drive what is widely regarded as one of the worst cars ever made, built by a company whose badge didn’t depict a rampant stallion but a cow going for a gentle dip in a river. 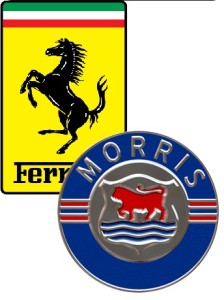 Granted, the 308 isn’t really anyone’s dream Ferrari, but it’s a Ferrari none the less. A choice between a crap Ferrari and a Marina is like being given the choice between listening to a T’Pau album or a looped recording of someone scraping a fork across a plate.

So, has this moment of dazzling self-awareness made me spring forth from my house and go running down the street to the nearest VW dealership, shouting to all passers-by “I HAVE SEEN THE LIGHT! HALLEUJAH!!!” ?

No, but it did make me think about why I like the cars that I do.

Since this blog has been running for almost a year the general mission statement should be clear by now- Good Cars Are Boring. It’s a nice pithy phrase but my car fancies are bit more subtle than that.

I don’t only like crap cars, and I certainly don’t actively dislike cars that are good. I DEFINITELY don’t like cars that are considered bad out of some horrible post-modern sense of irony. I think it’s easier to try and do this through the medium of snappy sub-headings.

LIFE IS TOO SHORT

I cannot think of a single car, good or bad, old or modern, that I would pass on the opportunity to drive. Had the chance to drive that Ferrari 308 been offered in isolation I’d have leapt on it- it’s a fucking Ferrari, after all!  I’d like to drive as many different types of car as possible but I have only a finite time in which to do so.

Why waste that time driving dull stuff? What burning question is driving a Nissan Bluebird going to answer? Am I really going to be the first person in history to drive a BMW E30 and come away with a conclusion other than “it’s very good, but it’s a bit boring and it’s so low-specced I’m surprised it comes with four tyres as standard?” 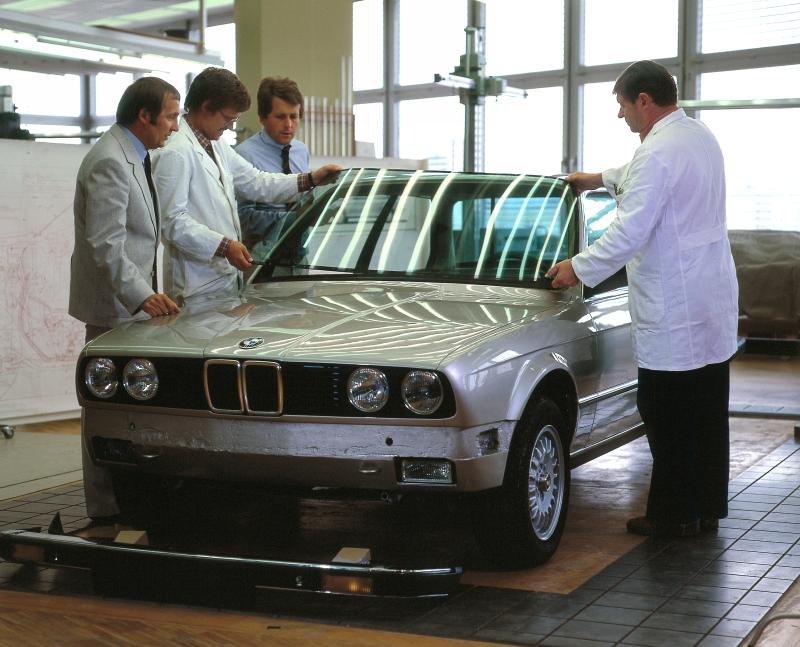 “If we remove this windscreen, we’ll be able to charge people for it as an optional extra.”

But a Ferrari could never be described as dull. Moving on.

THE GREAT, NOT THE GOOD

By ‘great’ I mean the size of the car’s reputation, good or bad. Let’s consider the Ferrari v. Morris issue. The 308 is a bit of a non-entity- it was a cheap, and not particularly good, Ferrari when it was new, and it still is today. It’s not controversial, it’s not exciting, it’s not a motoring milestone.

The Marina, on the other hand, may be a bargain-basement car that handles with all the finesse of an over-excited Springer Spaniel on a laminate floor, but it’s a car that I feel needs to be experienced. It is infamous as a car so dangerous that road testers virtually begged British Leyland not to put it on sale because it was an understeery death-trap.

I feel this is a car that I need to drive. Can it really be as bad as it’s claimed (answer- yes)? It’s a benchmark for automotive crapulence that hasn’t really been surpassed, in this hemisphere, at least. As someone interested in ‘cars’ in general I want to drive the full spectrum and the Marina is a much more unusual opportunity in that respect than a middling Ferrari. In fact, and slightly beside the point, the Marina is a much rarer car than the Ferrari.

This doesn’t just apply to the cars with reputations for being awful. I have no great love of VW Golfs but I’d take the chance to drive a Mk1 or Mk2 GTI in a heartbeat because it’s one of those cars that everyone raves about and it’s a milestone in automotive history.

The other factor in play with the Marina and the Ferrari is what they represent. Leaving aside the issue of which is the better car (the Ferrari, if anyone was wondering, and I can say that without having driven it!), this is what, to me, makes one more interesting than the other. Good cars are not necessarily interesting cars and vice versa.

Maybe this is my former existence as an archaeologist coming through, but a do find myself treating cars as artefacts of their time and what they say about the world that created them. The Marina is worth experiencing simply because it encapsulates so perfectly the problems faced by the British car industry at the time it was made- the lack of funding, the absence of any real notion of marketing, the loose grip on cost control, the poor attention to the little but important details and so on. It also speaks volumes about what people in the early ‘Seventies wanted from a bread-and-butter car. For all its handling and quality issues the Marina was Britain’s second best-selling car several years running and it was the third British car to sell over a million units. That wouldn’t happen to such a ‘flawed’ car today but it shows where the priorities of the average punter in 1972 were (namely “How many artificial materials is the interior made of?”) and how that has radically changed over the intervening decades. 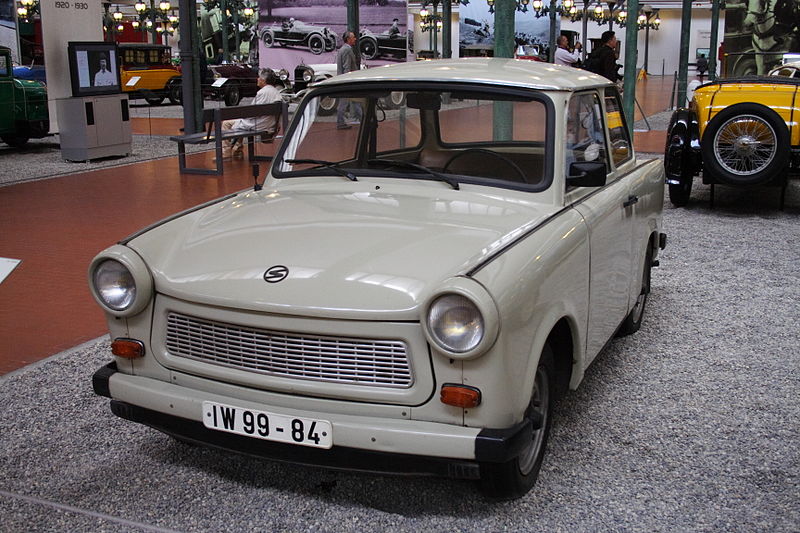 To take a more extreme example- the much maligned Trabant. By all accounts it is a terrible car as a driving experience but as a piece of social history (and, strangely, as an engineering exercise) it is fascinating and I would probably opt to drive one over a decadent capitalist Ferrari if the choice arose. The Ferrari doesn’t really have any interesting story behind it. Like every Ferrari before or since it simply proves that rich people will part with a lot of cash for a car that flatters their ego and makes a nice noise, even if it’s built no better than the average Morris.

I couldn’t really give two hoots about the Hillman Imp’s rally success or how great it is at drifting sideways in corners, but as a representative of a bizarre but well-intentioned industrial policy in 1950s Britain, a bold attempt to compete with the Mini and the car that really started the Rootes Group on its long and terminal decline it’s an interesting car.

This is, I think, where a lot of my penchant for ‘crap’ cars comes from. It’s not that I so much like the cars themselves but I find them interesting. Bad cars are the result of a failure somewhere (or, in BL’s case, everywhere) in the system that created it and that’s much more intriguing than a success.

I also tend to like cars from quite a ‘techy’ angle. This is why I have such a fascination with old Citroens. From a design and engineering perspective they are unendingly interesting and satisfying. A car that does something different or unusual from a mechanical or design point of view is, almost by definition, more interesting that yet another front-wheel drive Macpherson-strutted monocoque 5-door hatchback. But of course that formula is so common because it works well. 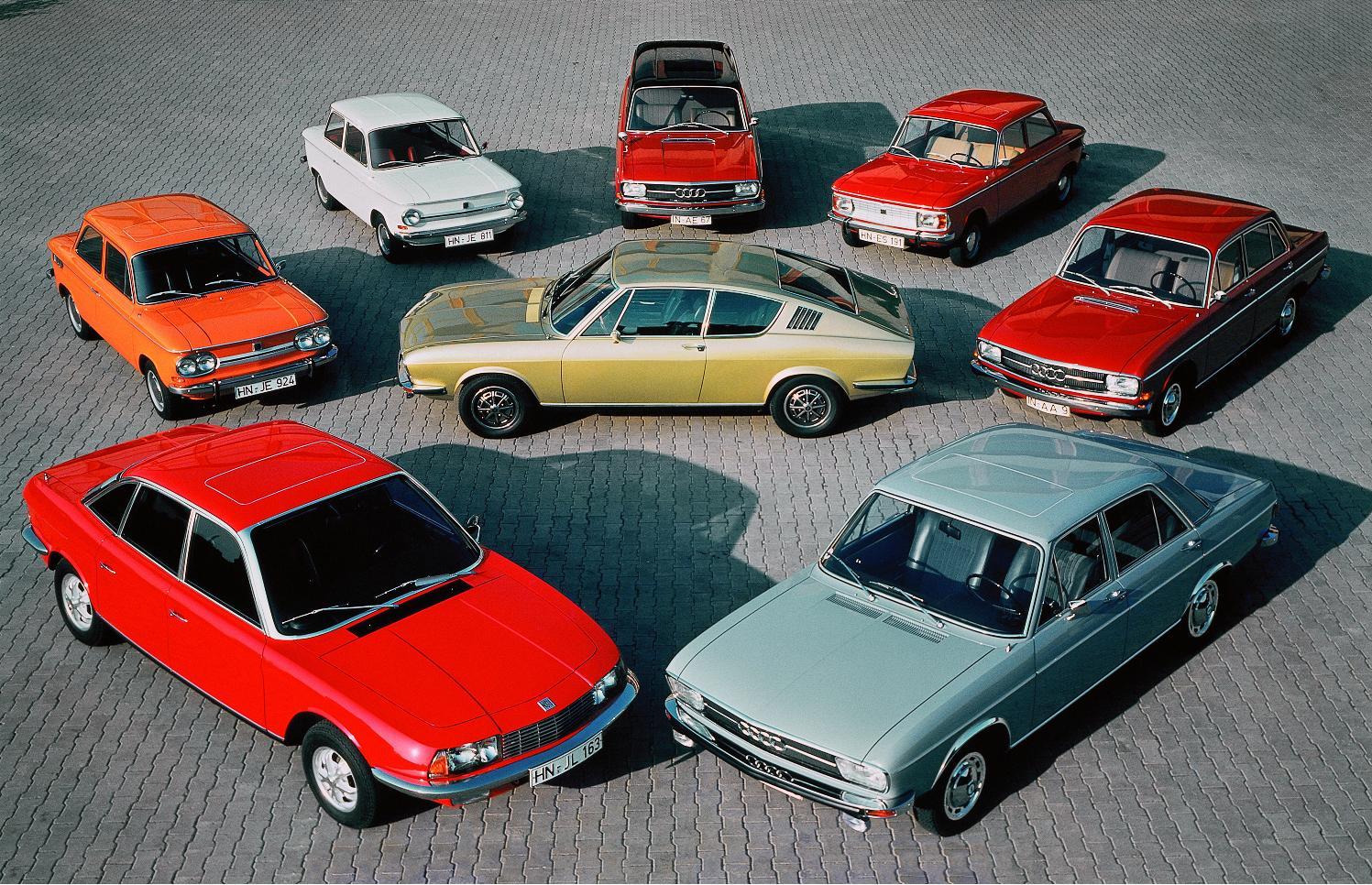 Interesting but rubbish on the left, boring but very good on the right, and pretty damn awesome in the middle.

Any attempt to do something different (any old Citroen, the aforementioned Hillman Imp, the NSU Ro80, any British Leyland car with a Moulton suspension system, Variomatic DAFs, most Saabs, and the Rover P6) carries the risk of failure and even if it works from an engineering perspective there’s the very real chance that the public simply won’t take to the idea, the car will flop and it will be branded ‘a bad car’ when really it is no such thing. This is why the only modern(ish) Audi that I would remotely consider buying is the much-maligned A2 which may look like a slug with a bad case of indigestion but probably the only car built in the last 20 years (with the honourable exception of the Honda Insight) to be genuinely engineering-led. This doesn’t stop it being called crap, though. 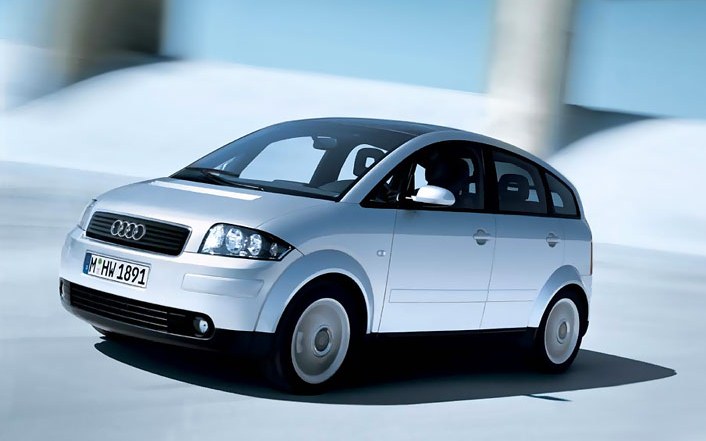 Having read all of that, you probably think that I’m some tedious intellectual who can only admit to liking a car after a great deal of chin-stroking and pondering its philosophical implications.

All of the above is simply the result of some introspection about why I chose to drive a Morris over a Ferrari. It doesn’t mean that the obvious attractions of a car- good looks, a great engine noise, speed, handling and so on don’t hold any appeal. One of my favourite cars of all time (and one that I definitely would choose to drive in favour of a Marina) is the Corvette, probably the most superficial and least intellectual car ever made. So what? It’s awesome! 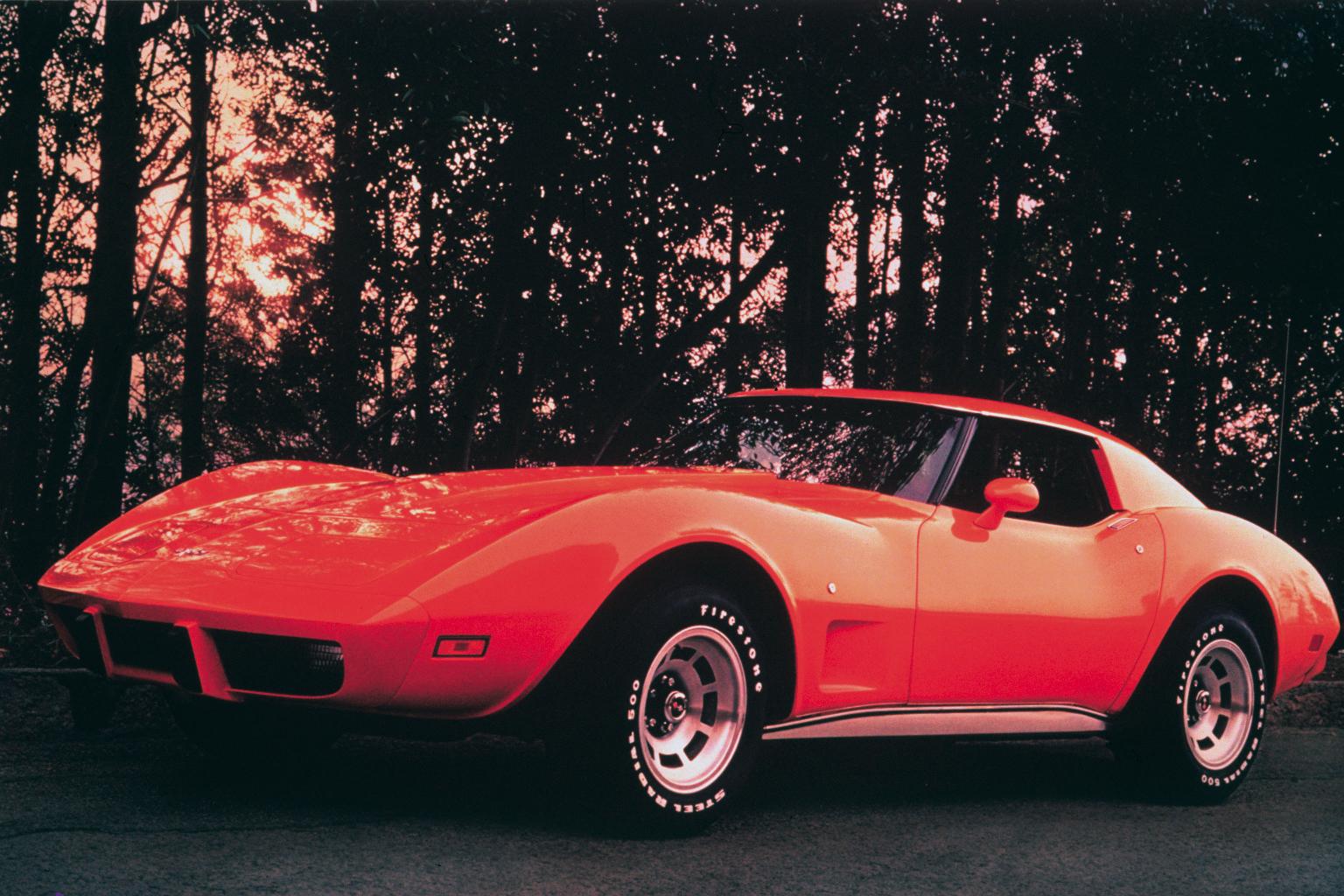 It also doesn’t mean that I can’t appreciate a car that is plain ‘good’ without having to write a [checks word count] 1,593-word explanation as to why it’s likeable.

I’m going to end this post on a Top Gear-style bombshell. Had it not been for crippling insurance premiums my first car would have been a F-reg Volkswagen Golf Mk2 1.6CL rather than a shonky Series III Land Rover. When that emptied its guts onto the road for the second time I ran around for a month in a ‘bread van’ Mk2 Polo 1.1 and it was one of the most enjoyable cars I’ve driven on a daily basis. 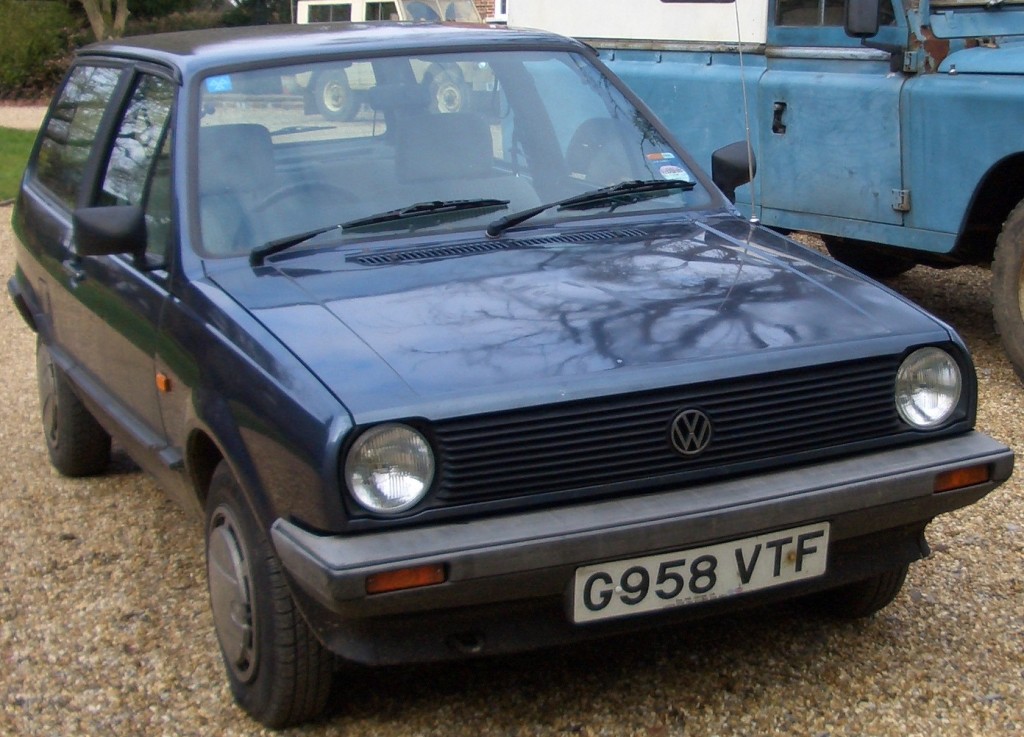 So, really, I don’t know what I’m talking about.