Yesterday was the first press day at the 2012 Paris Motor Show and it was really a day when British brands stole the limelight. Given the troubled economic climate the European motor industry isn’t really on top form and the products and ideas on show tended to reflect this- a lime green Peugeot SUV, an electric Mercedes SLS, a new Renault Clio, a Golf GTI which looks exactly like the old one but now has red bits in the headlamps, that sort of thing.

Jaguar Land Rover won the day with the first motorshow presence for the 4th-generation Range Rover but the real star was Jaguar’s F-Type, one of the most eagerly anticipated cars of the year. There was very little surprise to be found but the consensus seems to have been one of pleasure that the unveiled car had made it to the show with the styling, interior (in fact most details) unchanged from the C-X16 concept shown last year, albeit only available in roadster form for now, unlike the concept which was a coupe.

The F-Type is undoubtedly an important car for Jaguar. As the name implies it is a direct spritual successor to the iconic E-Type. Whilst the current XK series is in fact that lineal descendant of that car in the intervening decades the model’s concept has drifted a little and the XK is more of a sporting grand tourer than a compact sports roadster such as the original E-Type was. 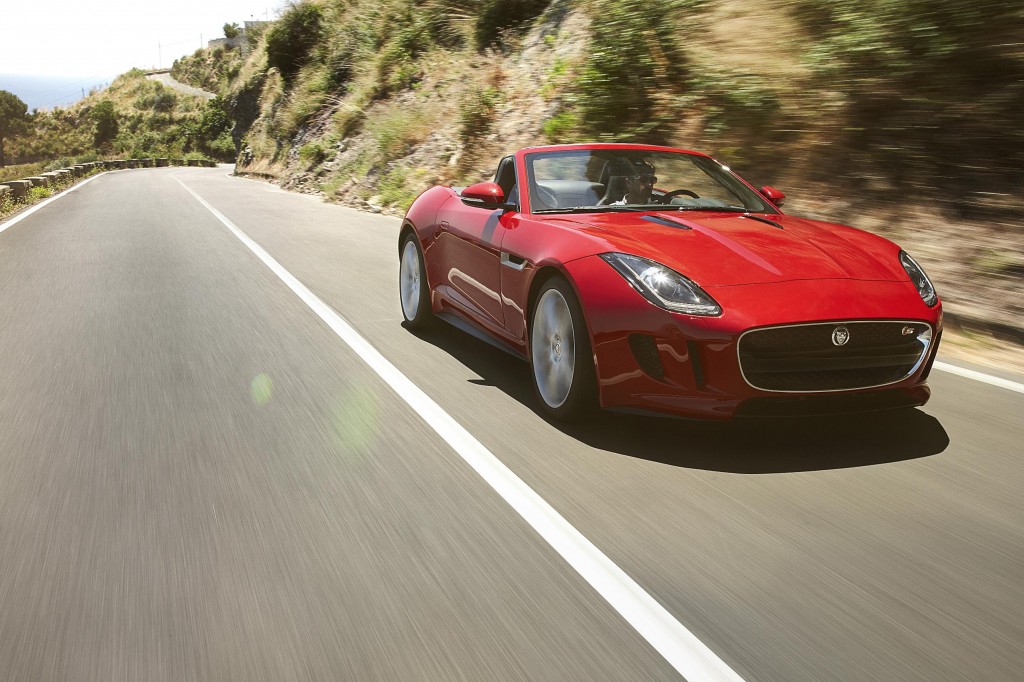 The near-universal acclaim with which the F-Type has been greeted is merely the continuation of a nearly 5-year ‘high’ for JLR which has been reaping the benefit of Ford’s stewardship and engineering investment combined with Tata’s money. The XK, the XF, the XJ, the revamped Land Rover line-up and the introduction of the Range Rover Evoque have led to that rare thing – a British car company enjoying massive profits all the way through one of the worst economic episodes in history.

What I think is most refreshing about the F-Type is that it pays very little homage to the E-Type. In fact if there is a criticism that can be levelled at it it is that it looks like a cross between a Nissan 350Z and a Maserati. This is no bad thing but it’s not hugely individual. However I would much rather this than it be some ghastly retro car.

I find it hard to believe that I have managed 19 entries on this blog without putting up a 4,000 word post about why I dislike retro-themed cars. This is only going to be a condensed version. In essence it’s that I think that retro cars are nothing but shallow fashion accessories designed to cash-in on a heritage that they usually have no part in and do nothing to continue. The MINI may be a good little car and it’s great that it keeps Cowley humming away at full capacity but apart from some styling cues it shares nothing with the ‘real’ Mini. In fact with its terrible interior packaging, styling-led design and utterly conventional engineering it actually disregards everything that made the original such a success. The same applies to the Fiat 500, which is in no way a cheap, simple and practical small car for the masses, but at least it has the decency to come with a 2-cylinder engine and the styling inside and out is spot-on. Fiat seem keen to push things too far with the upcoming Fiat 500L, which is just an MPV styled to look a bit like a 500. It’s not even forward control or anything like an old Fiat people carrier. All these sorts of cars follow their ancestor’s form, not their function and the result just doesn’t sit well with me. 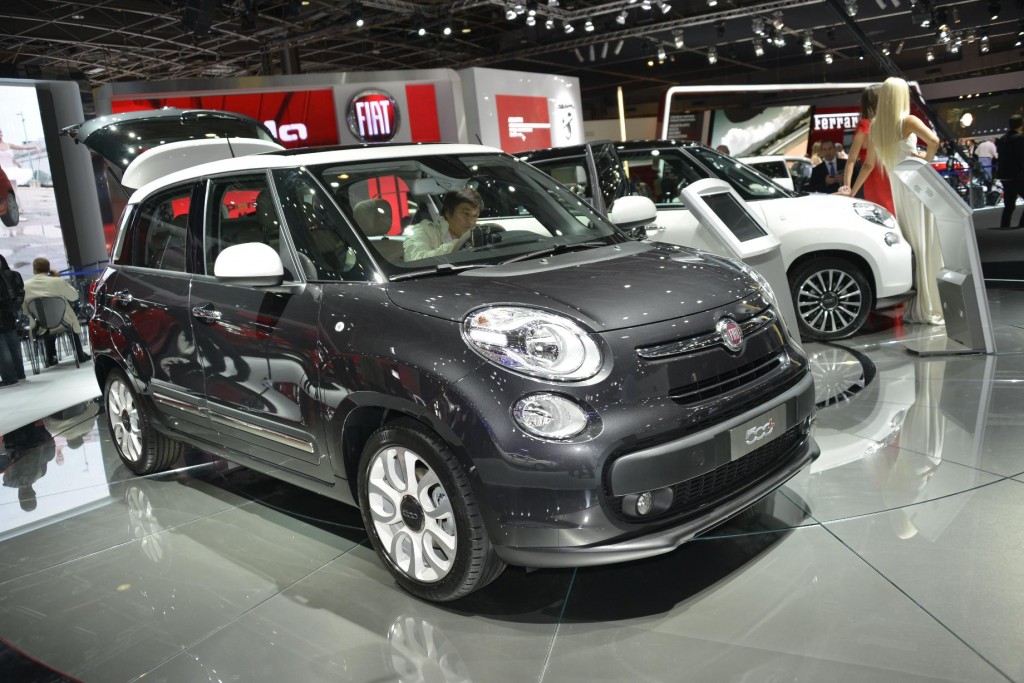 It would have been so easy for Jaguar to go down this route with the F-Type. If they had just made a roadster that looked like a lightly-updated E-Type it would still have sold in droves, but it wouldn’t be a worthy successor. The E-Type caused a sensation by looking radically, beautifully different to anything on the market at the time. It also offered unparalleled performance-per-£. Times have changed and the F-Type can’t quite be the same bargain that the 1961 car was. I’ll also grant that it’s not quite so radical in the looks department. But really all it is is a nice-looking, conventional but (seemingly) very, very, very good sports car. The spirit is alive and well and that’s what’s important.

Jaguar have learnt the lessons of ‘retro’ the hard way. They suffered massively in the late 90s/early 2000s because their image was all wrong and this was mostly down to the way the cars looked. The XJ was still styled like it was from the late 1960s. So did the S-Type (and not in a particularly good way), the X-Type and the XK8. They were all excellent cars- in fact the current Jaguar range is made up of the same underpinnings clothed in different bodies – but desirable or fashionable they were not. The pity here is that many of Jaguar’s own buyers were driving the company to its grave by insisting that a ‘proper’ Jaguar had to be conservative, old-fashioned and traditional, when the company made its name by being the complete opposite. Think of the iconic Jags of old, such as the XK120, the Mk2, the original XJ and, yes, the E-Type. None of them were traditional or old-fashioned at the time. Fortunately Jaguar was brave enough to overhaul its entire ethos and design language and it’s now enjoying a success and popularity not seen since the heyday of the 1960s.

The Paris Show contained other hints that other manufacturers may be cottoning on that the retro car is, to be blunt, creatively bankrupt and just ends up dragging your brand to a standstill. The same day that Jaguar was stealing the spotlight, Vauxhall (which I suppose counts as a British brand, if not a British company) unveiled more details about its upcoming entry in the retro/premium/bespoke/supermini sector, the daftly-named Adam (or ADAM as Vauxhall would rather I rendered it, but…no). The Adam is an interesting case study because it’s a sort of retro car with no heritage. Apart from the name, which doesn’t even apply in Vauxhall’s case because it commemorates the founder of Opel, it has no historical forebears. It’s not styled to look like a Kadett or a Viva (sadly). In fact it looks like it should be called ‘Now That’s What I Call Car Styling 2012’ because it’s sort of a mish-mash of every supermini currently on the market. 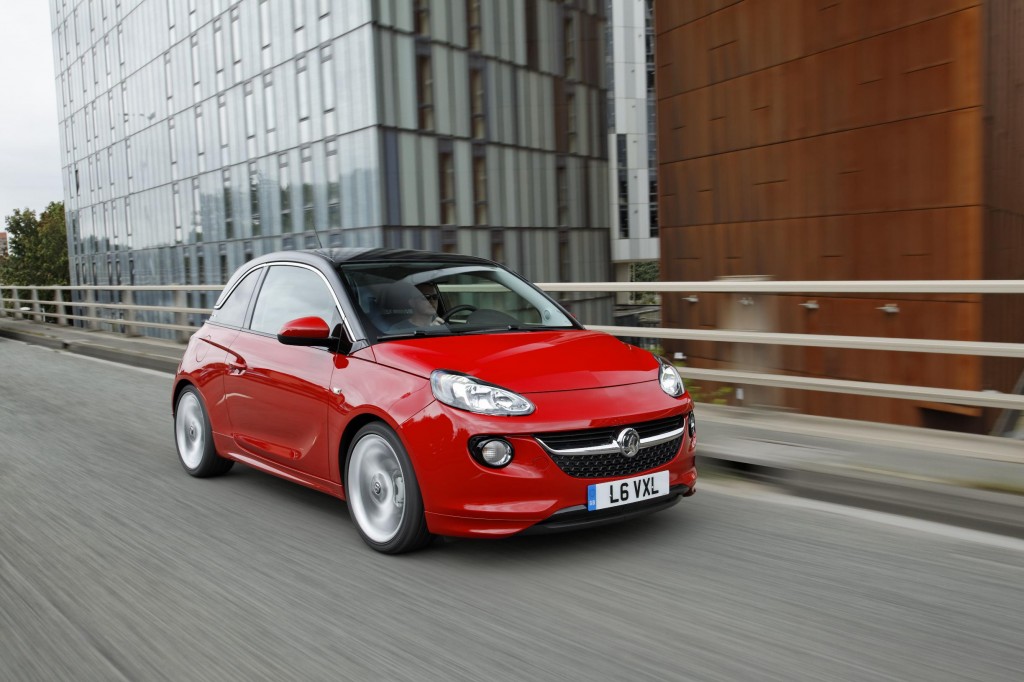 It’s certainly suitably ‘funky’, and it comes with stupid model designations and colour names to match. In the future a real, actual human being may have to have a conversation like this:

“Tell me about your new car.”

“What colour is it?”

“‘Papa Don’t Peach’. You know, a sort of colour in between orange and pink.

“Suppose so. Anyway it’s a Slam-spec one.”

“Slam? Isn’t that something to do with poetry?”

“No, ‘Slam’ is the sporty model. I thought about going for a Jam but I preferred the wheels on the Slam. I really didn’t like the contrasting ‘Purple Fiction’ coloured leather in the Glam model, though.”

Despite all this carefully-crafted lifestyle nonsense I do respect the Adam (can’t believe I just wrote that…) for not being just another cynical exploitation of a company’s heritage. Opel/Vauxhall are trying something different and creating a car with no historical baggage, its own look, it’s own image and apparently it’s own language.

The first car to go down this direction was the Citroen DS3, which has spawned a whole DS range of premium-label Citroens (rather like in the supermarket where you can choose between ‘normal’ pizza and ‘premium’ pizza which is the same thing but it has the Italian flag and a cartoon of the Coliseum on the box). I have mixed feelings about this because it’s exploiting the name of one of the most original, innovative and unique cars of all time and slapping it on what it really just a Peugeot. None the less Citroen had the balls to not do a literally retro car and the DS range is in many ways truer to their history than anything in their recent past, especially the gloriously weird DS5. 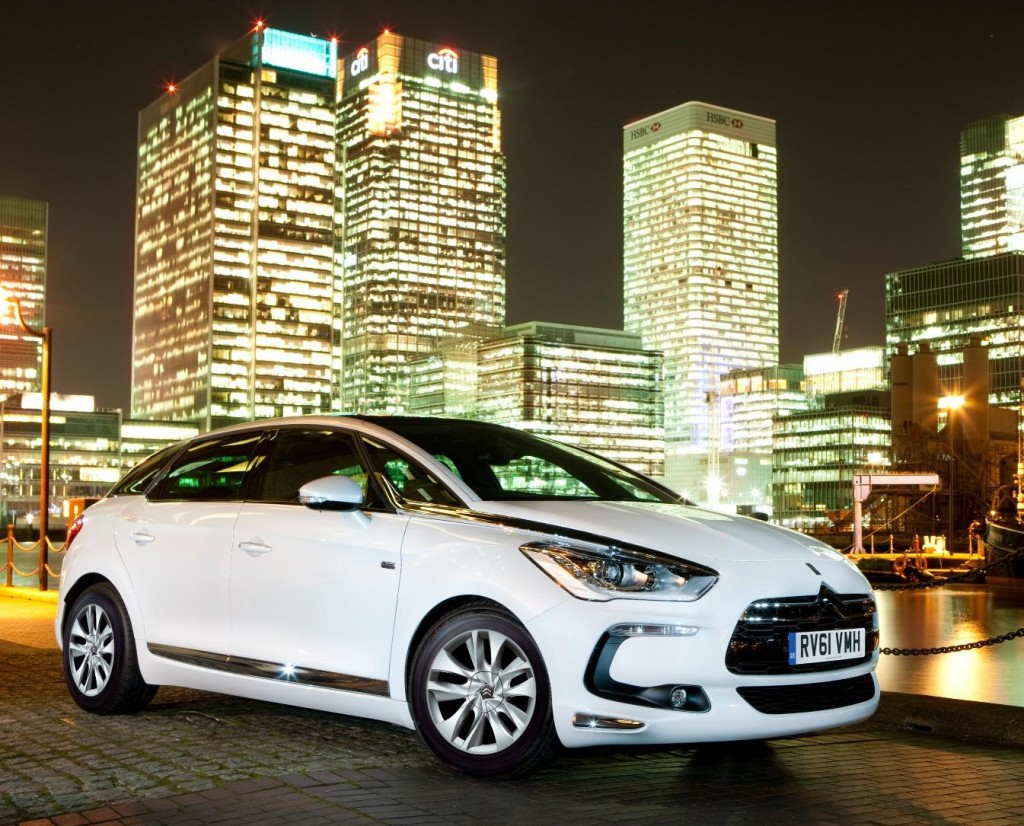 The Paris Motor Show had one final item relevant to this subject. MINI were unveiling the latest addition to their range, which managed to perfectly sum up what is wrong with retro cars. The Paceman (offering ‘Lounge Inspired Driving’, apparently.) is just a 3-door coupe version of the Countryman. As a technical exercise it is so, so far removed from the origins of the MINI brand that I do wonder why BMW don’t do the whole thing properly and name it the ‘Landcrab’. That’s no worse than ‘Paceman’ and a vast improvement on ‘Adam’. BMW have got themselves truely stuck in a rut because the MINI and its relations has no independent existence. The brand means nothing unless it harkens back to the original BMC Mini, even if to do so is wildly inappropriate. The Countyman and the Paceman are both hugely awkward-looking cars because they have to use all the Mini/MINI styling cues because that’s the only reason for their existence. If they took their own approach they would no longer be MINIs. As a marketing strategy it works but you have to wonder how far it will stretch (literally and in terms of the brand). 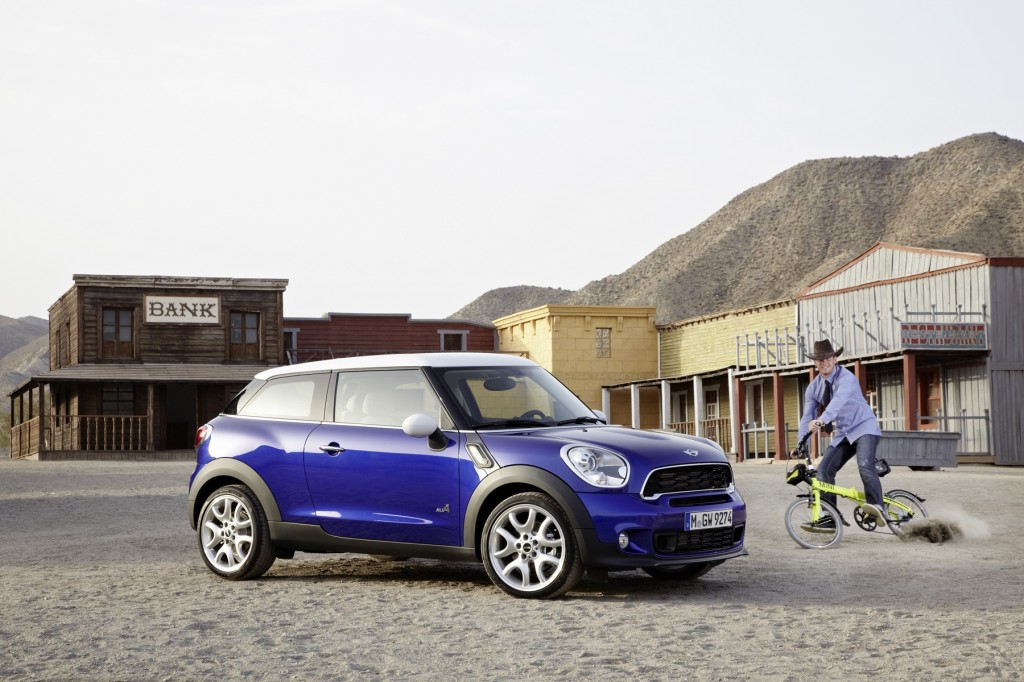 I can only hope that these are but the first signs of the tide turning against the retro car and that we may see some genuinely interesting and new ideas that the 21st century can call its own rather than just boring rehashes of someone else’s ideas.